Are Coyotes (The Animals) Smuggling Children Across The US/Mexico Border? Way Too Many People On Twitter Seem To Think So

We are now 11 days away from Election Day, and if you’re like me, you can’t wait for all of this to be over. I try my best to avoid talking politics for the most part, both on here and in my every day life, because I think it’s an annoying trait and I’ve blogged more about why here. To put it simply, I think anybody that spends their entire existence screaming about politics deserves to be ostracized from society, and thankfully, most sensible people do shun these lunatics

Last night was the second and final debate between Trump and Biden, which is basically The Super Bowl for the aforementioned political crowd, so social media was as insufferable as ever. Every idiot I went to high school with was posting political commentary and their own from-the-hip opinions that nobody asked them for, so for my own sanity, I avoided Facebook, Twitter, and the debate last night. Instead, I decided to watch the Thursday Night Football game between The Giants and The Eagles, which to be fair, was a shitshow as well

But sometimes, “out of the darkness comes the light”, as the famous bible verse says. This morning, one of my friends sent me a screenshot of an insanely stupid tweet related to last night’s debate that I’ve been laughing about all day, and I wanted to share it with all of you. For the sake of context, I guess at one point during the debate last night Trump mentioned the term “coyotes”. He wasn’t talking about the animals, but rather the Mexican smugglers that help bring people over the border illegally. Well here is what Dar’shun Kendrick, an attorney and a Georgia State Representative, had to say about it

Looking past the shitty grammar that made me worry I was having a stroke while reading this, what an unbelievably stupid tweet. It isn’t First Ballot, but this undoubtably deserves a spot in The Dumb Tweets Hall Of Fame. Being the fair person that I am, I do want to give credit to Dar’shun here for at least standing by her tweet and not deleting it, despite getting ratio’d into oblivion right now. Maybe she didn’t hit the delete button because she felt solidarity with the surprisingly large number of other people who thought the exact same thing 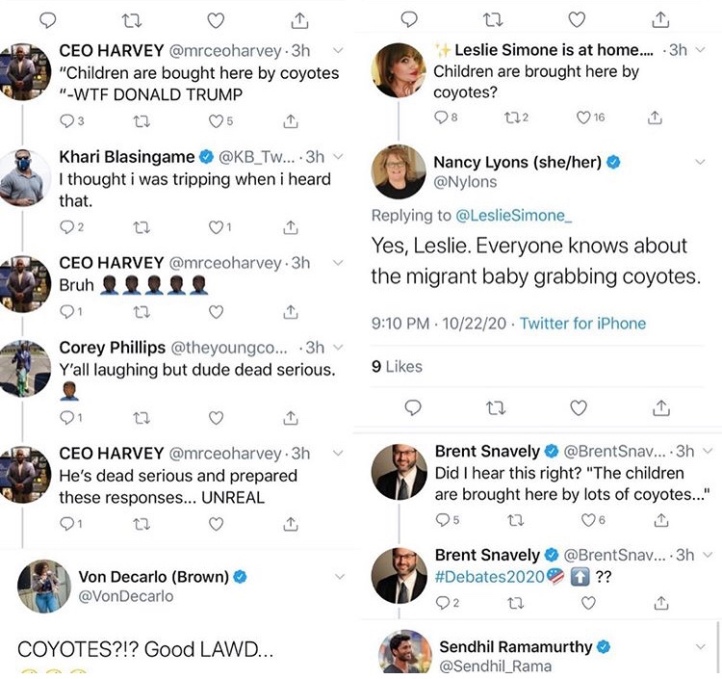 And that’s just the tip of the iceberg of people on Twitter that thought Trump was suggesting that coyotes (the animals) were carrying children across the border illegally. This GIF is the only acceptable response

Twitter, for better or worse, is a somewhat decent sample size of the population, and that is simply WAY too many people that think “Coyotes are bringing children across the border” meant actual coyotes were carrying kids into America. Hilarious. Frightening that this many people are that stupid, but still hilarious

I am curious though, how exactly would coyotes (the animals) smuggle people across the border? Would they carry them in their mouths, like this? 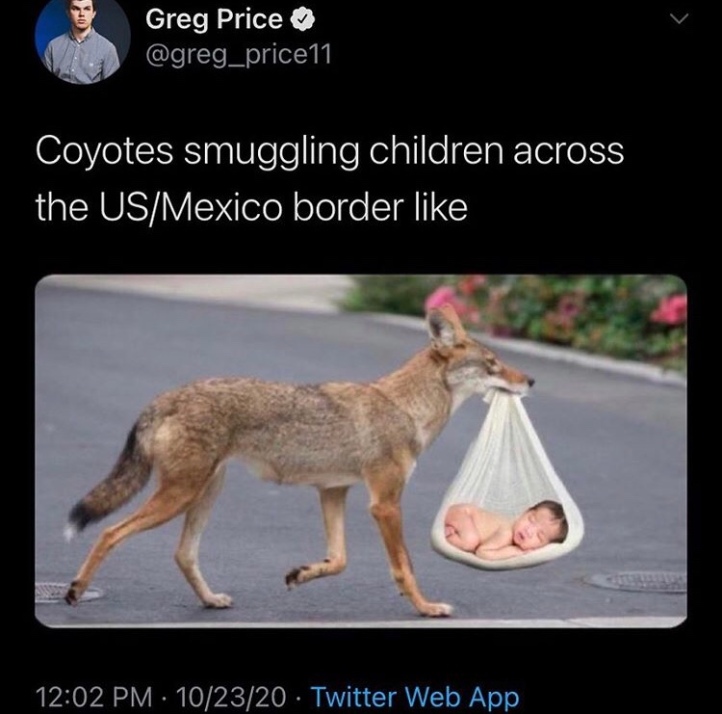 It’s possible, but maybe the kids would put a saddle on the coyote’s back and ride them like a horse instead

Now this last one is a stretch, but maybe the coyotes would form some sort of Balto-like dog sled team. I know it would be on sand instead of snow, but I’m sure the basic mechanics are the same and they would still be able to pull a sled full of children across the border like this

Another thing I love about this whole coyote confusion fiasco is that a lot of the idiots that tweeted about it have blue checkmarks. Nothing, and I mean nothing, satisfies me more than when the blue checkmark brigade gets exposed for being the braindead idiots that they are, especially when most of them don’t even deserve the checkmark in the first place. If you’re a celebrity or something, then you should have a blue checkmark. If you’re a contributor to Huff Post or some other bullshit like that with under 10,000 followers and nobody has a clue who you are, you don’t deserve one. Yet many people in the latter category do have a blue checkmark for some reason, and it goes to their head and makes them think they’re superior, both intellectually and in general, to the rest of us peasants. For that reason, seeing them get hit with a dose of reality by being rightfully ridiculed on Twitter always puts a smile on my face

So in summation, I thought coyote was a relatively well-known term, and I don’t even live in a border state, but I guess I was wrong. Turns out a good amount of people didn’t know what it meant, and they weren’t afraid to out themselves by tweeting jokes about it or trying to act smart. I mean come on guys, can you just take a second to think before you tweet about shit like this? It certainly doesn’t help with the whole “Americans are stupid” stereotype

And lastly, if there really were coyotes (the animals) running some sort of large scale human trafficking operation, I think it would make perfect sense for The US Border Patrol to employ a fleet of roadrunners to foil their plans. Sure it would cost a lot of tax dollars to train them and make uniforms and whatnot, but who cares? It would be like watching a real life episode of Looney Tunes in reverse, and in the end, isn’t that more important? 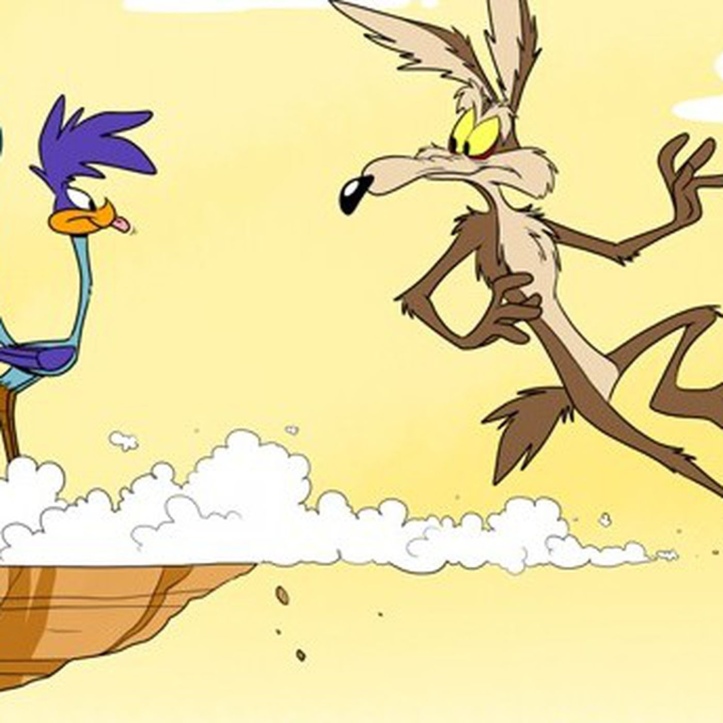 PS: These 2 responses were great 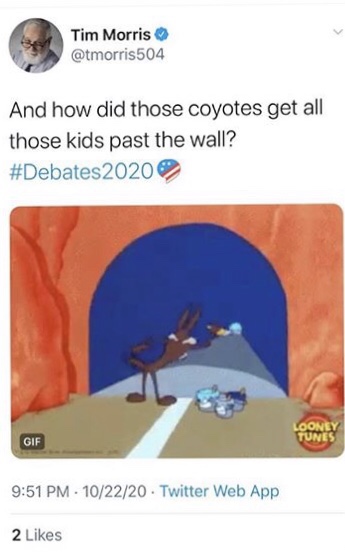 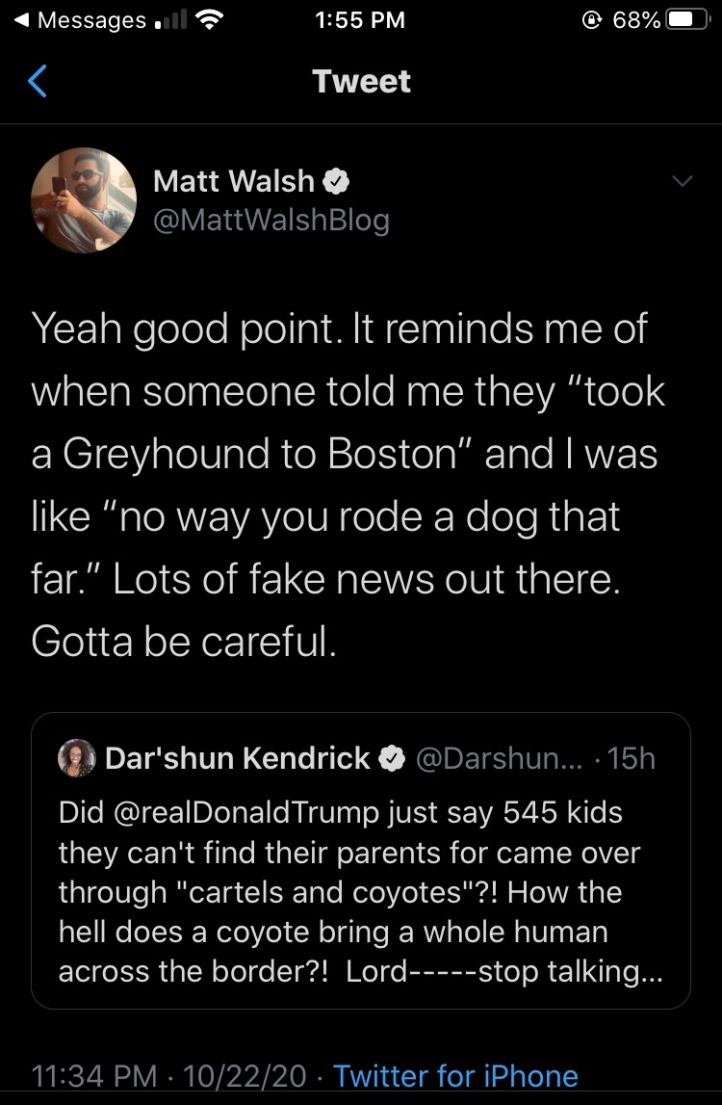