People Are Complaining About The US Women’s Team For Scoring 13 Goals Against Thailand Yesterday, Because Of Course They Are

I wouldn’t exactly be shocked if you didn’t know this, but the Women’s World Cup is currently underway in France. As a former soccer star player and a current degenerate gambler, I’m excited to make blind bets on these games for the next week or so.

Yesterday when I learned that the US Women’s Team had a game against Thailand, my boredom at work, combined with my overall degeneracy, prompted me to find out what the line was. I nearly gasped when I saw that the spread was set at US -5.5, and the moneyline odds were at -10,000 (Favored odds that are so high I have literally never seen that before).

“Did they change the scoring system of soccer or something?” I thought to myself, because something about winning a game by 6 goals just didn’t sit right with me. But then again, the USWNT is an unstoppable force similar to the US military when they want cheaper access to oil. So when push came to shove, I threw 100 down on them -5.5 because I just couldn’t resist the thrill of betting on a soccer game I wasn’t even gonna watch.

I was unable to watch the game because I was at work, but due to my inability to feel out the loop, I kept refreshing Google and “watched” the game that way. The score was still 0-0 after 13 minutes of play, and it’s safe to say that I started panicking like a drug mule going through airport security with heroin strapped to my body. In that moment, my bet felt like I pulled out a $100 and lit it on fire.

But then, it happened. The flood gates opened up, and we started scoring so frequently that the guy controlling the scoreboard probably got tired. Turns out that Alex Morgan can do other things besides sit on my face, and she netted 5 goals. When the final whistle blew, the scoreboard read 13-0. It wasn’t a game: It was a massacre.

Obviously, I was thrilled. I won my bet with plenty of room to spare. In fact, I think I should have gotten double the payout seeing as they managed to win by double the spread (5.5+5.5=11. Quick math) But more importantly than my bet, I got to know that the United States just bent another country over a table and fucked them hard on a massive stage for the whole world to see. Winning by 13 goals in a World Cup game is unprecedented insanity, so unsurprisingly it set the record.

The majority of responses were positive, and cheered on what can only be described as such utter domination that every member of Thailand’s team should have their passports revoked. But then came the Outrage Brigade, right on cue to complain about something where no complaint was necessary. These complaints can all be boiled down to, “Did they really have to score so many goals? As somebody who identifies as a gigantic offended pussy, I think this was mean”.

Well thank you for your input, but no. Anybody that actually thinks pro athletes should ease up and stop scoring during a blowout is a misguided fool that has never played sports before. This “Everybody should be a winner” mentality is part of why this world is becoming more pathetic by the day. Natural selection decides that the strongest survive, and you can apply that to sports as well: Better teams kill weaker teams and move on, weak teams get eliminated and die. There is no such thing as competition if there aren’t winners and losers, and the people complaining about this are just upset because they have lived their entire lives as the aforementioned losers.

Plus, these are professional athletes we are talking about here, not 5 year olds playing a soccer game behind your local middle school. These adults are also representing their countries on the biggest possible stage possible, so fuck sportsmanship. Last time that I checked, the point of a sport is to win the game. If the other team sucks ass and can’t stop you from scoring, that sounds like their problem, not yours. Maybe instead of bitching about the US for being so good, people should be ridiculing Thailand for being so terrible. I know that I am. Personally, and I admit I’m not an expert on diplomatic stuff like this, but I think Thailand shouldn’t even be considered a country anymore because of this game. The United States essentially just colonized Thailand via 90 minute soccer game. What a time to be alive

So basically, anybody that is upset about this can kick rocks, and hopefully they kick those rocks at their fellow complainers so that they also get hit by those rocks. When it comes to sports, may the best team win. Whether they win by 1 or by 13 is up to the teams that are playing to decide. My only grievance with the USWNT team winning by 13 goals is that they didn’t win by more. They should have kept racking the score up until the Thailand fans began renouncing their citizenship out of pure embarrassment. Sports are so fucking awesome.

I hope some of this dominance rubs off on The Bruins for Game 7 tonight. This is for all the marbles ladies and gentlemen. The puck drops in an hour, and I’m currently sneakily drinking whiskey out of a ginger ale bottle at my desk right now because I got forced to work late because my supervisor must be a Blues fan or something. If I get caught and fired, fuck it. The team needs me and wants me to be drunk right now, and I’ll be damned if I’m gonna let my job get in the way of that. We want the fucking cup! Do it for Big Papi! 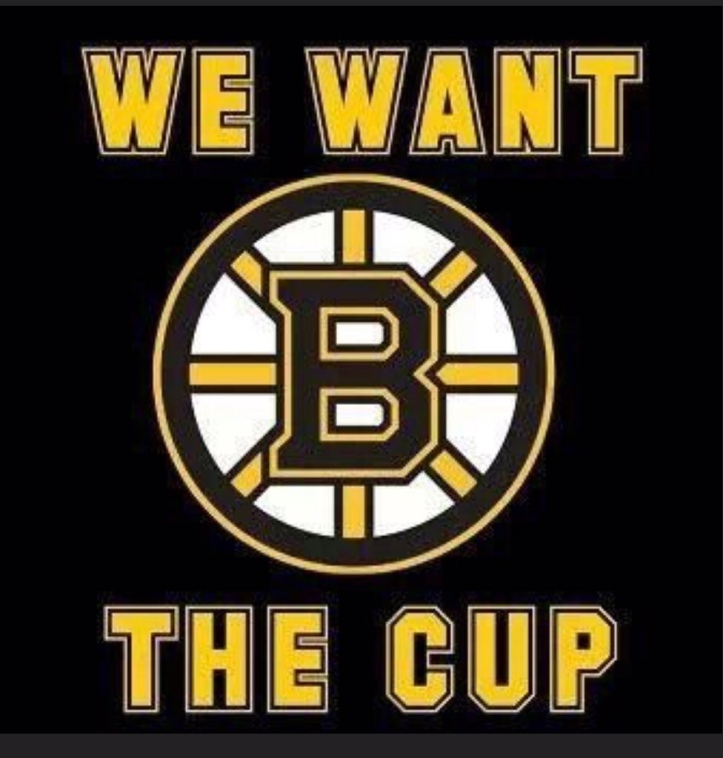 PS: I saw people online saying that this is proof that female athletes should be paid as much as male athletes. It’s an argument that always comes up, and it is hilarious to me that these people just don’t understand why that isn’t the case. Once female sports start to generate the same amount of views and advertisements that male sports do, then we can talk. Until then, take an economics class and shut the fuck up.