At some point in time, all of our dads fucked our moms and created us. A horrifying thought for sure, but it is true that without it we all wouldn’t even exist. For that reason, happy Fathers Day to all the dads out there. To my knowledge I am not a father, but I’ve occasionally been late when pulling out so maybe there is a mini Drunk White Kid running around out there somewhere that I don’t know about. Oh well, not my problem. In honor of Fathers Day, I figured I’d do a quick list of some of my favorite TV dads over the years. Admittedly most of them are from comedy oriented shows, mainly because dads are pretty hilarious through their dad humor. As always, this list is just my opinion on the best dads and not a comprehensive case study so spare me your bitching about disagreeing with the picks or the order. Keep in mind I’m in my 20’s, so a lot of older shows aren’t gonna make the cut. 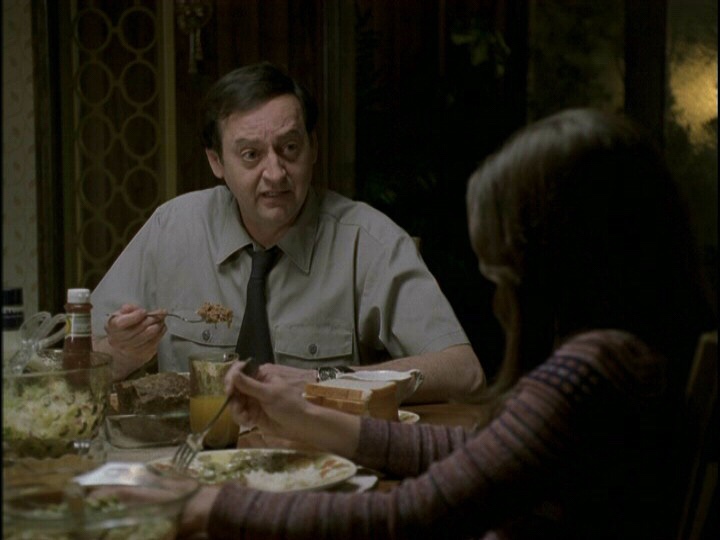 Starting off my list is Mr. Weir from Freaks and Geeks, a show that was cancelled criminally early after only one season. Part of what makes him so funny to me is that he’s the epitome of a strict, conservative father from the 80’s. Whether he’s lecturing his kids about his hatred of punk rock music or that his daughter isn’t allowed to interact with boys until after he’s dead, the guy is a quote machine in the brief amount of time he’s on camera.

Claiming the number 9 spot is Arlen, Texas’s own Hank Hill. Similar to Mr. Weir, Hank is a straight talking, strict guy that is unfortunately surrounded by idiots. He’s a simple man that sells propane and propane accessories, and if you suggest another type of fuel, get ready for a punch in the face I tell ya what.

Coming in at number 8 is NJ mob boss Tony Soprano. Quite possibly the best anti-hero of all time, he does give a shit about his family. Despite cheating on his wife and abusing his kids every now and then, most of his decisions are made with them in mind. I mean, just look at the house they live in. I would let my dad punch me once a day if it meant I could live in a mansion and be able to say “My dad is the most feared mobster in New Jersey”. Instant street cred right there that will get you loads of pussy and protection from just about everybody. 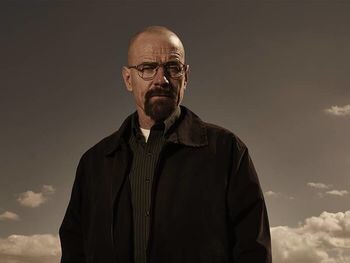 Number 7 is everybody’s favorite highschool chemistry teacher turned meth kingpin: Walter White. Similar to Tony Soprano, Walter White is a criminal as well as a family man. The only reason he started cooking meth in the first place was so that his wife and kids would have money after he died from cancer, and if that isn’t the action of a guy who loves his family I don’t know what is. 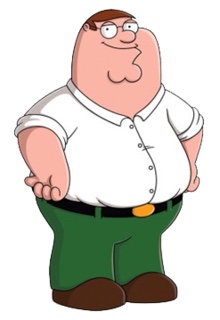 Claiming the number 6 spot is Peter Griffin: The loveable fat idiot who completely outkicked his coverage by marrying Lois. It wouldn’t have felt right without putting this Rhode Island toy factory worker on the list, and given how long Family Guy has been on, he’s provided a lot of laughs over the years. 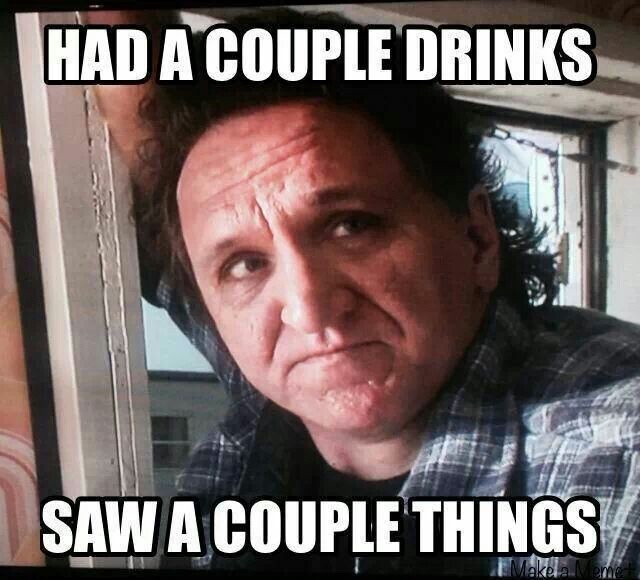 Taking the number 5 spot on my list of TV dads is Ray. For those who don’t know the show, he’s an alcoholic that collects disability checks by pretending he’s in a wheelchair. The wheelchair thing is actually a pretty smart now that I think about it. Not only would I get paid to get drunk, but I’d also already be sitting down so I can’t fall over when I get fucked up. I’m currently unemployed so I might have to give Ray’s idea a try and I’ll let you guys know how it goes.

In the cleanup spot on my dad list is Randy Marsh. When the show first started Randy was just like all the other parents: Dumb, but not completely lost. As the show went on Randy became more and more outrageous, and his constant stupidity solidified his spot on the list.

I wasn’t alive in the 70’s, but my pick for number 3 is exactly what I imagine when I think of an authoritarian father from that era. He’s basically just a better version of Mr. Weir, and his verbal abuse of Eric never gets old. He also told me that if I didn’t put him on this list he was gonna put his foot up my ass, so my hands were kinda tied on this one. 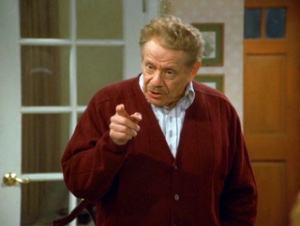 The runner up for my favorite TV dad of all time is Seinfeld’s Frank Costanza. George might not agree, but I think Frank is one of the funniest people on the planet. The amount of times I’ve yelled out “Serenity now!” when I wake up with a bad hangover is too high to count. Whether he was inventing his own holiday like Festivus or trying to design a bra for men, any Seinfeld episode with a lot of Frank in it is destined to be gold.

It should come as no surprise that I consider Homer my favorite TV dad of all time. Homer is a man’s man, who much like me enjoys the simple things in life: Beer, donuts, TV, sleeping, slacking off at work etc. The Simpsons is also the longest running sitcom ever so he’s had plenty of time to provide us all with laughs. Although he says “D’oh” a lot, I think he’ll be letting out one of his signature “Woohoo!”‘s after he sees that he won this contest. Congrats Homer, drink up buddy you deserve it.

And that concludes my TV dads list. If you can think of any TV dads I missed that you think should be on here, leave them in the comment section. I made this blog on a whim and I’m a little buzzed so I’m guessing I definitely missed a few good ones. Peace out all, and happy Fathers Day to all of you out there that forgot to pull out.

EDIT: It’s been brought to my attention by Budd Dwyer that I forgot Frank Reynolds from Always Sunny. I am in disbelief that I left him off and realistically he’s probably a top 5 TV dad. My apologies Frank