Seattle Is Officially Getting An NHL Franchise, And Here Are Some Of My Ideas For What Their Name Should Be

After a lengthy process, the necessary votes came in today to allow an expansion team in the city of Seattle that will make it’s NHL debut during the 2021-22 season

This will be the first time that Seattle has had a winter sports team since 2008, when their NBA franchise, the Seattle Supersonics, packed up and left for Oklahoma City to become The Thunder

I would say the residents of Seattle are thrilled about a new team coming to town, but I’m sure they’re all too busy drinking coffee and being depressed to care

Nevertheless, this is big news to me as an avid hockey fan, so if they don’t want to stop listening to Nirvana for two seconds to give a shit about the new team, that’s their business

No official name has been announced yet, but I read somewhere that one of the working titles right now is The Metropolitans, which was the name of Seattle’s hockey team back in the 1920’s. I tweeted earlier about how bad that name is, having scored it a -10/10 on my name scale, and being the generous guy that I am, I’ve decided to help the city of Seattle out with the naming process

I’m sure they’ve got their hands filled with paperwork and other bullshit to get this franchise off the ground, so consider this me deputizing myself to give the team a name. That being said, here are some ideas off the top of my head that I think would be great names for Seattle’s new hockey team. 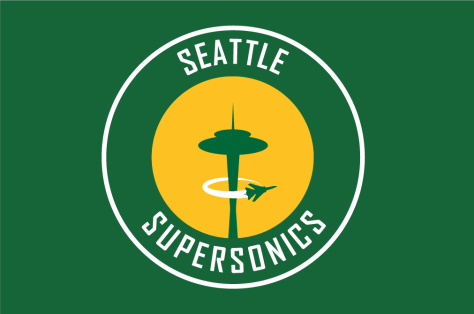 I had to start the list off with this for obvious reasons. There was already an iconic Seattle franchise with this name in the NBA, so it would make a whole lot of sense to get 2 birds with 1 stone by bringing the Sonics back to Seattle as a hockey team. Another reason why this would be a good move is because the classic Supersonic jerseys were sick , and I feel as if they would look even cooler as hockey jerseys. Naming your sports team The Supersonics, implying they play faster than the speed of sound, is awesome, but due to the fact that Seattle wants to bring an NBA franchise back to the city eventually, I doubt it will happen. 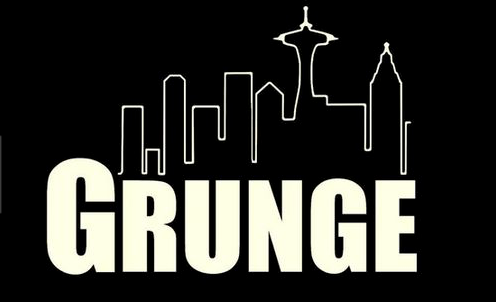 When I think of Seattle, I think of grunge. I think most people do as well. This style of music originated there, and I think this would work well because grunge music perfectly sums up Seattle: Depressing, alternative, rainy, dirty, drug ridden etc. As for what the jerseys would look like, I was thinking some type of flannel pattern coupled with the smiley Nirvana logo, that is if Courtney Love isn’t being a bitch and lets them use it (Unlikely). All jokes aside though, I think The Seattle Grunge would be a fucking sweet name for a hockey team. 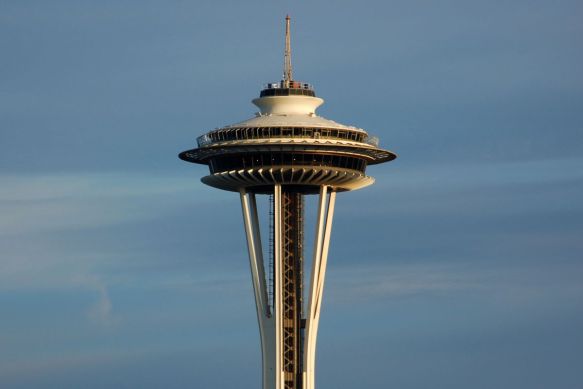 One tactic that some of franchises use when deciding what to name their team is to incorporate something that the city is associated with into the name. When it comes to Seattle, there is a particular needle that comes to mind. I’m talking of course about heroin needles. Seattle has had a raging IV drug problem for decades now, and the city seems to be pretty proud of it seeing as they built a giant needle that serves as a landmark in the city’s skyline. For these reasons, it would only make sense to name the team after the city’s most popular method of drug administration. For alliterative purposes, you could also go with The Seattle Syringes instead of needles, but hey, whatever works. 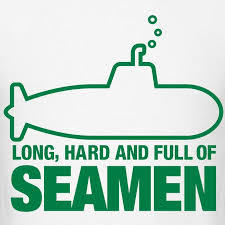 Seattle has a rich maritime history, which can be seen by the name of their baseball team: The Seattle Mariners. Playing off of the fishing theme, I think The Seattle Seamen would make a fine name for the new hockey team. I’m not sure if you noticed, but the name is actually a sexually suggestive joke. You see, seamen sounds just like semen, which is male reproductive fluid that is released during intercourse and fertilizes eggs. Get it? I know, what a great joke. Seriously though, the team would profit on merchandise sales alone, as high school and college classrooms would be filled to the brim with Seattle Seamen apparel and laughter. It would be just like how the South Carolina Gamecocks make a shitload of money from selling Cocks apparel. Sex sells baby

Making the new team The Seattle Nordiques would be an A+ troll job. If you’re unfamiliar with hockey, the Nordiques used to be a team based in Quebec City but they no longer exist. Stealing this name would be hilarious because Quebec City has been campaigning for years to get an NHL team again, but seeing as Seattle just got approved, that probably won’t happen anytime soon. All across Twitter today I saw people from Quebec bitching about Seattle getting a team. Well at least I assume they were bitching, I couldn’t really tell because it was all in French. Why the fuck are you guys speaking French when you live in Canada? Figure that shit out first and then maybe we’ll let you have an NHL team. Until then, just keep supporting that sinking ship of an organization known as the Montreal Canadiens #FuckTheHabs

Part of what makes a franchise successful is for them to properly incapsulate the city that it’s in. That’s why I think it would make perfect sense to name the new team after Starbucks: A highly successful coffee company based in Seattle. The jersey’s could feature the Starbucks logo, Starbucks could be sold at the stadium, players could drink mocha lattes on the bench etc. The thought of a team completely selling out like this and being a living advertisement is very funny to me, but it’s also sad when you realize that’s literally where sports are heading. If that’s the case, why not get an early jump on it and cash out sooner rather than later?

Building off of my last idea, Jeff Bezos should buy the new team and name it after his Seattle based company, Amazon. He’s the richest guy in the world, so this would be like taking an ad out in a newspaper for him. I can already hear the corny puns from the announcer booth now: “The Amazons SHIP the puck down ice”, or “The Amazons find themselves in a PRIME opportunity to take the lead here”. Another plus in this deal would be that on nights where there aren’t any games, the stadium could double as an Amazon shipping warehouse. You’re welcome Jeff Bezos for telling you how to make even more money, you rich prick. Something would have to be done about the logo though, because I never realized how boring the Amazon logo is. I’ve taken shits that looked more intriguing than that.

I’ve already mentioned how important it is to weave something about the city into the name, and Seattle and suicide go together like peanut butter and jelly. Seattle has built a reputation as being a suicide capital because of it’s rainy weather, grunge music, drug use, and famous suicides like Kurt Cobain, so why not name the team after this true, albeit upsetting, fact? Nobody said the name had to be cheery, just catchy. If you don’t think The Seattle Suicides has a certain ring to it, you’re lying to yourself. Deciding on a logo will be tricky, but I was thinking either a slit wrist or the silhouette of somebody hanging themselves. I even have a good slogan for the team: “Playing against Seattle? That’s Suicide!”. Just face it, I knocked this one out of the park.

Bigfoot is real and lives in the Pacific Northwest, that much we know. That’s why I think it’s about time he gets the recognition he deserves by naming this new Seattle hockey franchise after him. The logo could be a Sasquatch footprint, or a cartoon Bigfoot in pads holding a hockey stick. Better yet, we should find Bigfoot(s) and have them play for the team. Can you imagine that frail bitch boy Crosby facing off against the very real unit that’s pictured above? There’s a better chance that one of my name ideas gets used than there is that Crosby gets off the ice alive.

So those are just some of my spitball ideas for what I think Seattle should name their newly acquired hockey team. If I were them, I would definitely go for shock value because nobody likes a boring name. Your city already has a subpar history with luck in the sports world (The Mariners not making the playoffs since Jesus was still a carpenter, The Supersonics leaving to go live in fucking Oklahoma, The Seahawks not running the ball on the 1 yard line with the best running back in the league), so you might as well stand out from the crowd and get people talking

I like all of my name ideas, but if you put a gun to my head and I had to choose, I would go with the Seattle Grunge and call it a day. All jokes aside, I think The Seattle Grunge is a fucking awesome name with a lot of possibilities promotion wise. Plus, they could just blast grunge music during the games to fire up the players and the crowd. Just thinking about that atmosphere makes me want to chug a beer and punch the guy next to me

And for anybody that’s wondering how this new team is going to affect divisions, here you go