A Memphis Woman Got Tired Of Waiting In Line At Burger King, So She Shot At A Bunch Of The Employees

Nowadays, it seems like nobody agrees on anything. However, I think most of us can agree that waiting in line sucks

Our time on this here earth is very limited, so wasting some of that time standing in line like a sucker isn’t exactly seen as a recreational activity. Well, unless you’re one of those weirdos that tries to make small talk with the other people waiting in line with you, in which case I just hope you know that the rest of the line hates you and wishes nothing but the worst for you the second you walk out of the store

Anyway, this blog wasn’t just born out of a random hatred of lines (although I do hate them so much that it easily could have been). The thing that got me thinking about waiting in line is this wild story that happened a few days ago at a Burger King in Memphis, Tennessee

Apparently this supposed “fast food” restaurant wasn’t living up to their name, so much so that one of the angry customers who was stuck in the long line approached the drive thru window, gun in hand, and started shooting at the employees inside 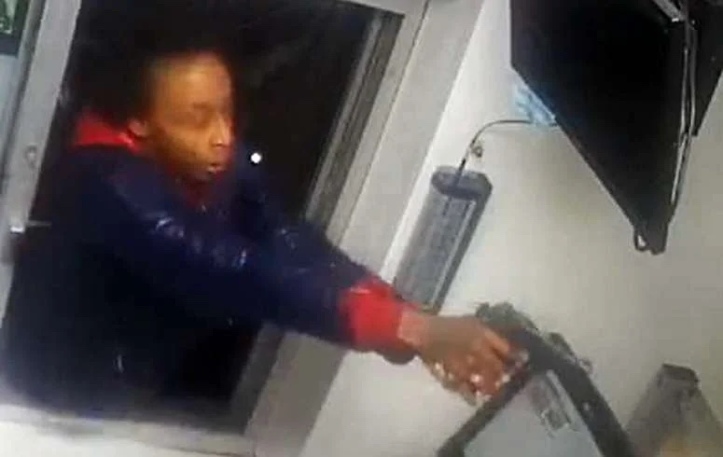 Any time it takes more than 5 minutes to receive your Whopper combo meal there’s only one rational thing to do, and that thing is to aim your gun into the Burger King drive-thru window and start firing off shells like it’s the final lap of a Mario Kart race.

Thankfully, nobody died in this incident, which makes this story a lot easier to laugh about if you’re an asshole like me, so let’s talk about this whole ordeal, shall we?

First of all, and as easy as it would be to demonize this woman for her actions, I’m gonna admit that I understand where she’s coming from to a certain extent. Like I said before, I really fucking hate waiting in line, and there have been plenty of times that I’ve also fantasized about murdering everybody because of the minor inconvenience a small line has brought me (if anybody has a good therapist, please DM me)

For example, just the other day I had to go to the bank to straighten out an issue with my stimulus check. I popped out on my lunch break hoping to be in and out, but lo and behold, there was a line

After about 5 minutes of doing this over and over again

the impatience really set in and the bad thoughts started. I specifically remember thinking to myself, “Hmm, if all of these people in front of me suddenly dropped dead right now, I’d be the next person in line”. Because that’s just how it is being me. In that moment, I had a total disregard for the well-being of the people in front of me, and I would have happily traded their lives in order to not have to wait in line for another 10 minutes. If you’re surprised by this line of thinking, you must be new here

Sorry for that fucked up detour. Let’s get back to the Burger King story

I don’t really understand what her plan was here. Like I said, I get the frustration, but I don’t agree with the execution (no pun intended). If she was really that mad about the slow service and wanted her food as quickly as possible, I don’t think shooting the employees is a good way of speeding up the process. How are they supposed to make your food faster if they’re laying on the ground dying from gunshot wounds? I’ve never been shot before, but something tells me taking a slug or 2 to the chest would severely slow down my ability to make a burger or box up some fries, but maybe that’s just me

Like Tom Petty said in his 1981 hit song, “The waiting is the hardest part”. To close this blog out, I want to emphasize that this whole situation is somewhat Burger King’s fault. You can’t have your motto be “Have it your way” and then get mad when a customer does something crazy like this. Did they ever stop to think that maybe some customers’ “way” is to start blindly shooting at employees when their order takes too long? Apparently not, because that motto sounds like a legally binding contract to do whatever the fuck you want inside of a Burger King if you ask me. Open and shut case, bring in the dancing lobsters

Lastly, here’s a classic and relevant Louis CK bit about waiting in line. And to the “BuT LoUiS Ck iS CaNcElLeD” crowd, keep crying. He’s the 🐐

PS: People still eat Burger King? I guess I’m out of the loop when it comes to fast food these days. Very rarely eat it, maybe the occasional Wendy’s trip, but BK has always been bottom tier in my eyes. Sure, I loved chicken fries just as much as every other 10 year old when they first came out, but McDicks and Wendy’s have always been better, around me at least. Maybe it’s a regional thing and Burger King in Memphis is 🔥