A Jeopardy Contestant Won just Under $111,000 In One Round Wednesday Night, And It Isn’t Getting Nearly As Much Recognition As It Deserves

As humans, we’ve come to enjoy various forms of televised entertainment over the years. From sports to documentaries to sitcoms, planting our fat asses in front of a TV screen and watching other people do stuff has become a societal pastime like no other. One staple in televised entertainment are gameshows, and in what I would consider the “Big 3” of gameshows are Family Feud, Wheel Of Fortune, and Jeopardy. I say those 3 because they have been around for a while, attract the most viewers, and quite frankly, are the best. Well on the 3rd name listed in this Big 3, Jeopardy!, history was made on Wednesday night. 34 year old contestant James Holzhauer broke the Jeopardy! record for cash winnings in a single episode, when he absolutely dominated and accrued $110,914 in a single round. 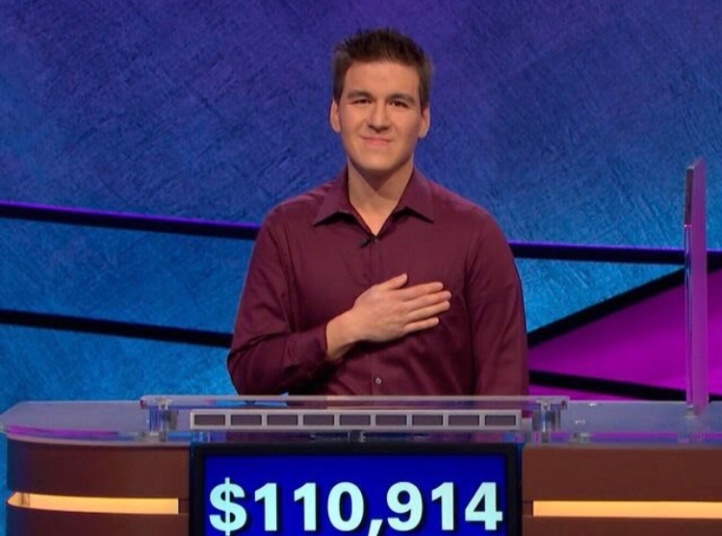 You can read the full story here, but the title basically says it all. 34 year old James Holzhauer, who lists his job as a professional sports gambler, pulled down his pants and shit all over the competition on Wednesday night by amassing a small fortune from answering trivia questions. First of all, what a legend this guy is for listing his occupation as a professional sports gambler. I guess this makes sense because he is from Las Vegas, and would be equivalent to somebody being a fisherman from Maine or a potato farmer from Idaho. As a frequent gambler with unfortunately not as much luck as this guy, I tip my cap to this guy right off the bat.

Now let’s get into his impressive feat. Do you realize how insane this is? If you watch Jeopardy! regularly, you know how much of an impressive outlier that amount is in one game. The average Jeopardy! game usually ends with the winner having around $20,000 or so, maybe $30,000 if they had a good game. So now compare that to what this guy pulled off. This is like Wilt Chamberlain’s 100 point game except at took place on the Jeopardy! court instead. Just such an absurd amount of money to win during a 30 minutes trivia contest.

Being the mathematical genius that I am (not), let me break it down even further. In the first round of Jeopardy!, there is a total of a possible $18,000 on the board. In the second round, double Jeopardy!, there is $36,000 on the board. Now some of you might be scratching your heads and wondering how he managed to walk away with so much money, and the answer lies in good ol’ Daily Doubles and Final Jeopardy. Not only did this guy get a ton of questions right, he also rolled the dice at the right times anytime he got a daily double, and came out with the big winnings to prove it. I guess his career in professional gambling prepared him to do just this, and because of it, he solidified his spot in gameshow history, and we all know there is no higher accomplishment than that.

Which begs the question: Is this one of the most impressive performances in TV history? I’m talking sports, acting, the whole thing. I say yes, but the underwhelming response tells me the consensus is no. With the exception of a text from one of my buddies and a couple of tweets, I haven’t really seen a lot of people talking about this display of dominance on Wednesday night. Haters are gonna hate I guess, but just know that some of us out there admire your work James. All that being said, hearing about this kinda ruined my day. I was still at work when this happened, and this dude literally made a little under 3x my yearly salary in a 30 minute episode of a gameshow. Although I truly am pumped for this dude because it’s a crazy thing to accomplish, this realization kinda made me want to stand up from my desk and dive head first into a pile of fentanyl while taking a deep breath.

PS: Anytime I watch a show like Jeopardy! or Wheel Of Fortune, I can’t help but think to myself, “I would do so good if I was on this show”, which is especially funny to me because I’m an idiot. All it takes is for me to get one question right on Jeopardy! or to solve one puzzle in Wheel Of Fortune for that hypothetical scenario to pop into my head, and completely boost my ego. Truth be told though, I would wipe the floor with any other family on Family Feud. Trying to guess the top answers to random polls is my forte, so if Steve Harvey is reading this (It’s possible), give me a shot so I can put my money where my mouth is.