Nashville Is The Greatest City On Earth

I wanted to post this right when I got home from my trip, but I didn’t get in until after midnight and have been busy the past few days so here it is now. This time last week, I was so drunk I could barely stand in what is without a doubt the greatest city in the world: Nashville, Tennessee. By my calculations, everybody and their mother from Massachusetts made the trip down for the Patriots game last weekend, atleast that’s what it felt like. Every bar on Broadway (Best street in the world, stole my dignity though) was filled with Pats jerseys and dropped r’s, and I think we all singlehandedly caused a 10% boom in Nashville’s economy through beer purchases alone. Since it was a booze fueled shitshow from start to finish, I’m gonna do a quick recap of my trip

My journey started with a 7:30 AM flight out of Logan on Friday morning. I felt as tired as an AIDS patient, and I also had the middle seat, so safe to say my morale was a bit low. But then, it happened. The flight attendants came around with the drink cart and the guy next to me goes, “I’ll have 2 vodka sodas please”. Luckily I noticed this interaction over my game of Bloons Tower Defense 4 (In which I might add I was dominating) and decided to do the same. I don’t travel a lot, so I had no idea you could casually order booze at 8 in the morning, yet here I was sucking down vodka in the morning like an alcoholic mother before she drives her kids to school. After taking a quick look around at the rest of the plane, I realized everybody was drinking as if the plane was about to crash. I went onto have 5 vodka sodas during my 2 and a half hour flight, much to the dismay of my bank account, but that sounded like a problem for future me. I got off my plane a little after 8 AM because the time change, and man did that hour behind stuff put my mind in a pretzel. After getting to my hotel and a 2 for 5 from a conveniently located Dunkies down the street, I texted my friends who already got there the night before to get the show on the road.

Friday and Saturday were exactly the same: Drinking on Broadway by 11 AM, doing so all day, and somehow passing out still alive between 1-3 AM. If you go to Nashville, Broadway is basically the only place you need to go besides the airport. It’s a row of awesome bars with free live music that is constantly going balls to the wall all day. I don’t even like country music, but holy shit did I enjoy it there. I guess Broadway is a little similar to Bourbon Street in it’s setup, but the only difference is that you can’t actually drink outside. That’s no problem though, because one of the coolest things I noticed about Nashville is that there were never any lines or covers. This made bar hopping very convenient, especially because walking had transformed to stumbling, and everybody on Broadway resembles a scene from a zombie movie. Here’s what Broadway looked like last weekend, but just imagine that all the zombies are wearing Patriots jerseys, eating hotdogs from street vendors, and shouting that the band should play “Sweet Caroline” every 3 minutes. 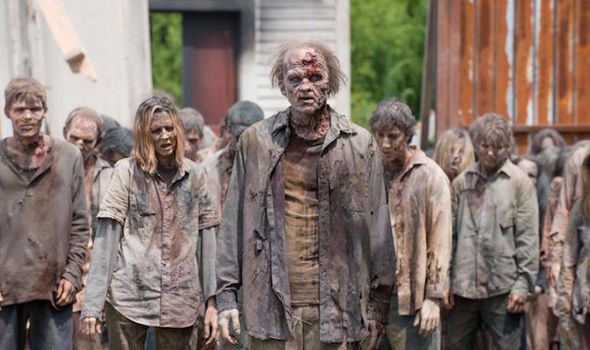 Then Sunday came: Game day. No lie I felt pretty beat up, but it was nothing a little tailgating couldn’t solve. I got to drinking some beers and rebounded fine, but right around kickoff I started to feel like shit again. I toughed it out for the first half, but then I made the executive decision to leave my seat and pull trig in the bathroom a couple times. I did this because my stomach felt like the scene from Alien when it pops out of the guy’s chest, but realistically this could have also been a reasonable response to how shitty the Pats were playing. The rest of the game was rough because of my stomach, but also because I had to watch the Patriots get dickslapped in the face in a 34-10 loss to a 4-4 Titans team. Not ideal, and after the game I headed back to my hotel to snag some Tums and head back out to Broadway, atleast so I thought. Once I got back to my hotel, I proceeded to puke and shit my brains out like I’d been chugging Mexican tap water all morning. I put 2 and 2 together, and I finally reached the conclusion that I wasn’t just hungover: I was sick. As for what got me sick, my money is on one of the many hotdogs I consumed the night before on Broadway. A lot of the vendors are legit, but I sort of remember buying a hotdog from this one guy that was definitely a junkie with an old, rusty looking grill. Not my best move, but at 2 AM a hotdog is a hotdog, and honesty I have no regrets because I’m sure at the time it really hit the spot. This unfortunate bout with food poisoning made me do something I’ve never done before and never plan on doing again. I’m talking ofcourse about drinking responsibly. It was tough, but nevertheless I persevered, even though I spent the remainder of Sunday night like this

Luckily for me, alcohol always has my back, and on Monday all of the alcohol in my system killed off the bacteria in my stomach and I was back to normal. My Monday and Tuesday schedule was exactly the same as Friday and Saturday, and whether my recovering stomach knew it or not, a day filled with jack and cokes and bud lights was just what the doctor ordered. I drunkenly made my way to the airport on Tuesday for my night flight, and my eyes lit up like a child receiving a puppy upon seeing a Popeye’s in the foodcourt. I ate the fuck out of my 9 piece, and then spent my flight watching college basketball on a headrest TV. I even made some live bets while on the plane, which made me feel like a caveman discovering fire. I already don’t understand how wifi works anyway, and the fact that it worked on a plane that’s flying across the sky was too much for my brain to handle. Maybe it’s better that I didn’t have wifi or a TV on my flight though, because I ended up losing every bet that I made. Sad! But nothing an overpriced drink or 2 couldn’t fix whenever the flight attendant came around 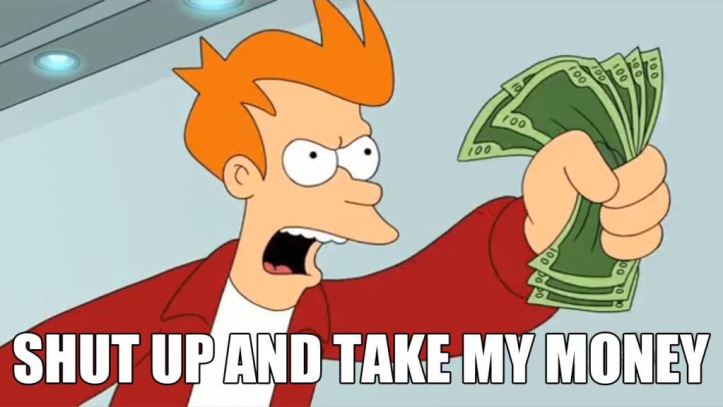 Nashville was a 100 out of 10, and if you think I’m exaggerating just ask somebody you know that’s been there and they’ll say the same thing. The hot blonde chicks and their southern accents had me popping boners like it was middle school, and I’m pretty sure I fell in love about 500 times last weekend. The only downside of the trip was that I spent an estimated 1 billion dollars while I was there. To combat this, I might have to start begging for change Downtown to get me back on my feet. Oh well. Price you pay I guess. All I know is next year when the Bruins play the Preds, I’m buying my plane tickets immediately. And if I’m as broke as I am right now, I’ll just pull a Leo in Catch Me If You Can and pretend to be a pilot, because I have to go back to Nashville by any means necessary