The NFL Is Getting As Soft As Baby Shit

An unfortunate similarity that me and Antifa members share is that we both hate flags. They, being the moronic pussies that they are, hate American flags, whereas I, a degenerate gambler and sports fan, hates penalty flags. The NFL’s insufferability has been building up for a few years now, but the first 3 weeks of this season has been painful to watch so far. I don’t just say that because the Patriots suck ass right now. I say that because of all the god damn penalties getting called. Apparently you aren’t allowed to tackle anymore, and for that reason, the NFL is turning into a flag football league with every passing day. 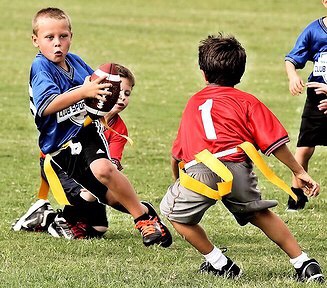 Whether it be pass interference or lowering the helmet, the NFL seems to be fixated on ruining the pace of play and general vibe of the sport by tossing flags on anything and everything. The most noticeable place where these penalties are showing up is when it comes to quarterbacks. If you somehow haven’t noticed, roughing the passer has been overcalled into oblivion this year. There have been 34 roughing the passer calls so far this season and it’s only week 3. When you compare to the past seasons in the same duration of time, there were 16 in 2017 and 20 in 2016. No player has gotten ironically screwed by these calls more than certified beast Clay Matthews of the Green Bay Packers. I say ironically because this new definition of roughing the passer is unofficially known as “The Aaron Rodgers Rule” because of his injury last season. Here was the roughing the passer call on Matthews from the Packers/Redskins game on Sunday

What the fuck was he supposed to do in that situation? He’s running full speed at somebody he’s planning on tackling, and that hit was as clean as it gets. The wording of the new rule is that you can’t land with your weight on the QB after the hit, which is pretty tough to do seeing as, well, you just fucking tackled him. I failed my highschool physics class but even I understand that momentum makes doing so nearly impossible. Does the NFL really expect guys that are 250+ pound machines to be able to stop on a dime, often times in mid air, after a tackle? I guess so. Clay and a few others responded to the calls against him recently and I couldn’t agree more 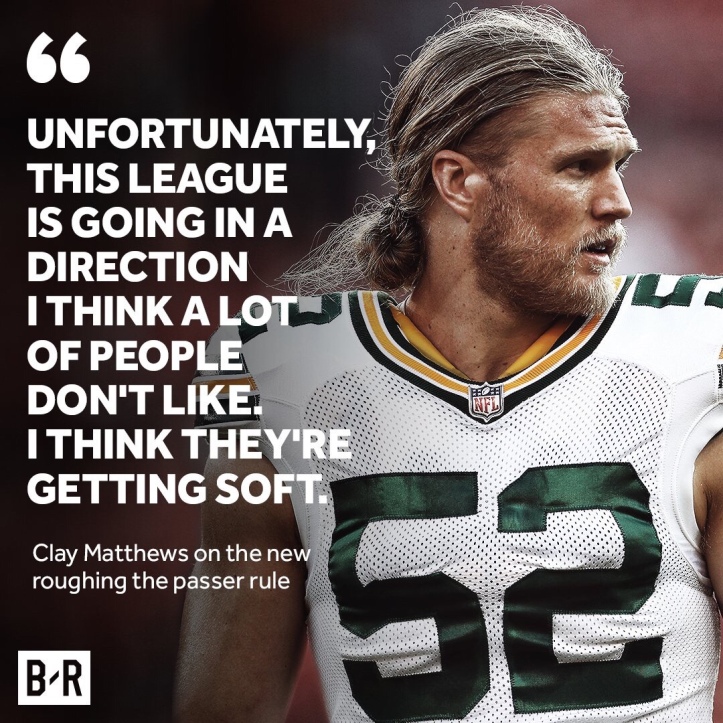 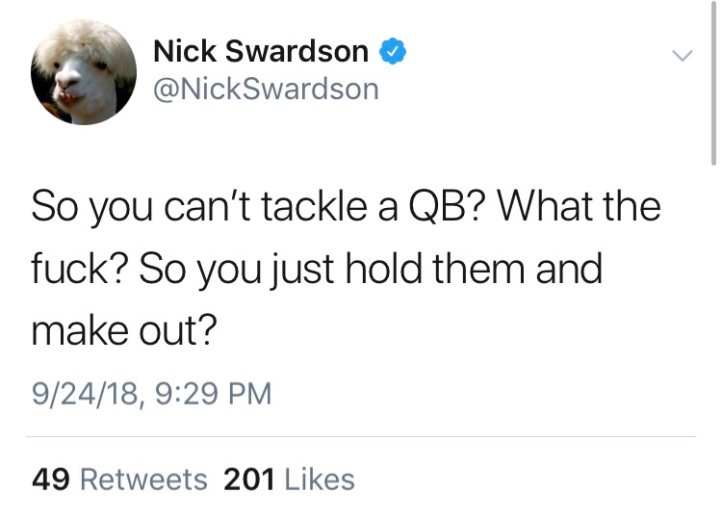 Breaking: The NFL has released a new video on how to legally tackle the quarterbackpic.twitter.com/mjGXpcvHtD

So tapping the QB’s helmet while trying to get through a block, after the ball was already thrown mind you, qualifies as roughing the passer now? Touching the passer would be more like it. And it’s not like this was on a scrawny dude either, this is Big Ben we’re walking about here. It’s only a matter of time before a bunch of players end up murdering an entire officiating crew in the middle of a game and I wouldn’t blame them one bit. If they wanna call an unsportsmanlike conduct penalty for murdering a ref that’s fine, but it’ll be tough for them to do since they’re dead.

Now look, I get the notion of trying to protect the QB’s a little bit, but enough is enough. We all know the game is much better to watch with the legendary guys on the field, and when Rodgers went down last year and Brady a few years ago it sucked to see. But that doesn’t mean the QB should become this invincible off limits player that nobody is allowed to hit. This league is made up adults that dedicated their lives to playing the game of football, and part of that game involves being hit and doing the hitting. I’m not advocating for dirty hits or anything but Jesus Christ let the boys play. If the NFL continues down this road you can guarantee their ratings are gonna plummet, and they can’t even blame it on racists not watching because of The Anthem protests this time. Let’s get back to days where football was football and all of the tackles made that awesome crunch sound where it looks and sounds as if brain cells were lost during the hit. Or if the NFL keeps turning into a gym class touch football league, atleast there’s still the Lingerie Football League to look forward to