Brooks Koepka pulled off another huge win over the weekend at Bellerive Golf Course, and by doing so he became the 5th person in history to win both the US Open and PGA Tour during the same year. A lot of golfers had their ups and downs throughout the weekend, which I can only assume was a direct result from the distracting gunshots and police sirens coming from nearby St. Louis. It’s one thing to stay focused while teeing off when a fan says something, but it’s a whole different story to stay composed while hearing people get murdered. As far as surprises go, the 2 Tommy’s (Fleetwood and Woodland) had me and a lot of other degenerate gamblers pretty nervous with their high positioning on Saturday, but thankfully for both of them

The best part of the weekend was that Tiger is officially back. Tiger’s performance on both Saturday and Sunday reminded me of the Tiger we all knew and loved a decade ago. He had the swagger of his old pre-divorce self when he only had 2 things on his mind: Winning major tournaments and fucking random waitresses. Unfortunately for him the Golf Gods were not on his side on Sunday, which can clearly be seen with this shot late in his round 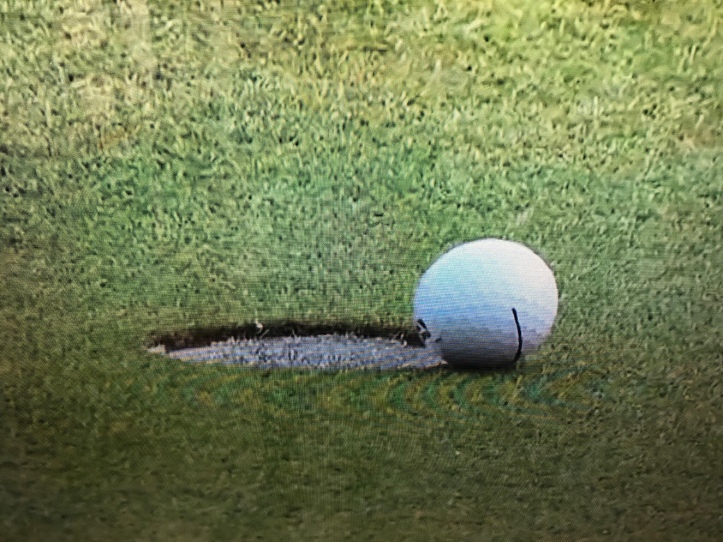 This would have put Tiger in a great spot on his quest to catch Koepka. Unfortunately for him he came up close but no cigar, and we all know close only counts with horseshoes and hand grenades. Where the fuck is a gust of wind when you need it? Besides maybe the league officials I don’t think anybody would have blamed Tiger if he got down on the ground and started yelling and blowing on the ball like it was a bowl of hot soup.

Yesterday was one of the most exciting days of golf I’ve seen in a while. Despite Tiger shooting -6 To Koepka’s -4 in the fourth round, Koepka’s impressive start was enough to hold off Tiger and secure him his second major win of 2018. Despite a contentious finish, it was all smiles at the clubhouse and Tiger was the first person to congratulate Brooks on his victory.

After winning the @PGAChampionship the first to greet @BKoepka at scoring was @TigerWoods. I’ve never seen Tiger wait for a fellow competitor after that player won. Nice show of class and I’m sure a special moment for Koepka as well. pic.twitter.com/xpH4oM9Gyt

This was great news for me because I had money on Koepka as well as Tiger. Even though I would have won more money had Tiger won, I’m still happy I didn’t lose money for once. Brooks Koepka is legit, and I wouldn’t be the least bit surprised if he becomes the guy to beat for years to come. Even though Koepka is the current champion and apparent” Mr. Steal Your Girl” of the golf world, the latter title wasn’t enough to save his girlfriend from being attracted to Tiger like a moth to a lightbulb. Kings stay kings.

Brooks Koepka just became the 100th PGA Champion on his 100th career start. He's the 5th person ever to win the US Open and PGA in same year. And he still has to keep his girlfriend away from Tiger Woods. pic.twitter.com/67ZRuIBi2s