Some Lady In Texas Won $1.2 Million From An $18 Dollar Kentucky Derby Bet

Are you looking for somebody new to hate because you’re so jealous of them? Well look no further, because here she is 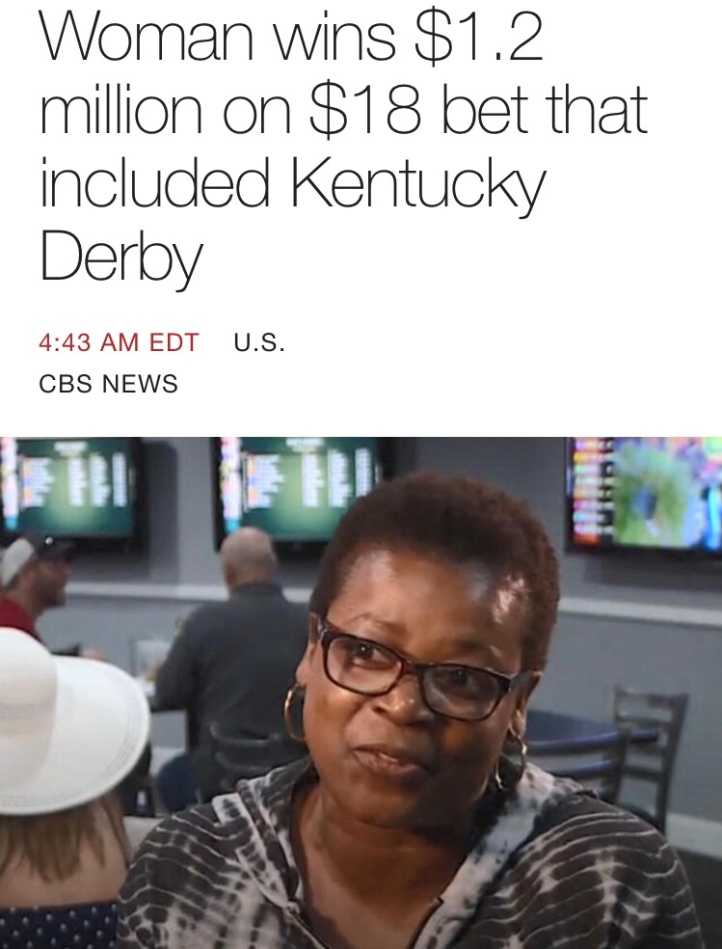 Basically she did an $18 “Pick 5” parlay at her local race track, that included The Kentucky Derby, and walked away with $1.2 million. Being the genius that I am, I did some quick math (Took roughly 5 minutes or so) and realized she increased her money by 66,666%. As a degenerate gambler myself: FUCK. That’s awesome for her, but it makes me wanna dive into an oncoming train because of my Derby bets this weekend. Seeing as I want to kill myself, I’ll let you use context clues to figure out how my bets went.

Do I know anything about horses? No, not really. I know that they make a “nay” sound, but that’s about it. Did that stop me from betting a lot of money on The Kentucky Derby? Ofcourse not. I started drinking at noon on Saturday for Cinco de Mayo, so naturally I logged into my Bovada account around 4 and placed horrible drunk bets on random horses. I did this because I have what is called a gambling problem, and the best part about it is I didn’t even end up watching the race. Instead, I just got the ESPN update on my phone and it immediately ruined my day because I didn’t win a single bet (I hate you My Boy Jack). Odds were 30/1 on him though, so I would’ve caked out if My Boy Jack showed some hustle instead of racing like he was waiting in line at the DMV. Anyway, congrats to Margaret Reid on her $1.2 million, but I think I speak for myself and all alcoholic degenerate gamblers out there when I say, “I hate you”.