Today is May 5th, so first and foremost, I would like to wish everybody a happy Cinco de Mayo

Whether you are actually Mexican or not shouldn’t matter, because Cinco De Mayo is a fun day that should be filled with celebration, delicious Mexican food, heavy drinking, and good times with friends and family, no matter what your ethnic background is

Seems simple enough to me, but unfortunately, there are plenty of party poopers out there. These aforementioned party poopers go by many names, such as social justice warriors, the Woke Mob, the PC Police etc., and I’ve already outlined my general hatred for them in my preceding Fenway blog

These kinds of people have a problem with non-Mexican people celebrating Cinco de Mayo because they consider it “cultural appropriation”, which is just another made up buzzword that morons like them use and sincerely believe

So basically, they’re saying that nobody should ever be allowed to do, wear, say, or celebrate anything from cultures that aren’t their own because that is somehow wrong. How exactly? This belief that people can’t share certain pieces of their own culture or borrow and celebrate certain aspects of other cultures is absolutely ridiculous

That’s pretty much just societal segregation rebranded as a social justice cause if you think about it for a second, and it’s the exact opposite of why this country is so unique. America is a melting pot of all kinds of different people and cultures, and that’s what makes us such a great nation. We should be encouraging people to adopt customs from different cultures, not shaming it

I can’t stand the losers that complain about harmless shit like this, but just for the sake of an argument, I’m going to attempt to take cultural appropriation seriously for a second (Which is honestly hard to do because it’s such an ass backwards way of thinking)

Let’s say that they’re right. White people shouldn’t celebrate Cinco de Mayo because they aren’t Mexican, so therefore they shouldn’t use their Independence Day as an excuse to party.

When St. Patrick’s Day comes around next year, only people with 100% Irish ancestry can drink beer and wear green. If I see anybody that isn’t Irish wearing a green “Kiss me I’m Irish” shirt or shamrock stickers on their face while walking around in Southie, I’m going to punch them in the face for their disgusting appropriation of my culture 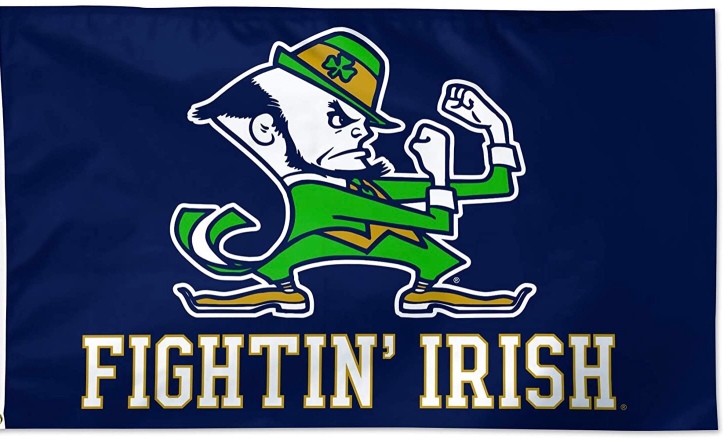 And why stop at holidays? Cultural appropriation is everywhere you look, and it must be stopped immediately. If I ever walk past a restaurant and see a black couple eating spaghetti and meatballs or some other Italian dish, I’m going to run in there, smack the bowl off the table, and scream, “You aren’t Italian, stop appropriating their culture!” directly in their faces

A Chinese guy wearing a cowboy hat and overalls? Not on my fucking watch. I’ve recently deputized myself as an official Cultural Appropriation Officer, so unless you’re a cowboy, you shouldn’t be appropriating cowboy culture by dressing like one because it’s offensive to real cowboys

Am I enforcing cultural appropriation right yet? I must be, because I sound like an unhinged lunatic that should be bouncing off the walls of a padded room at the local mental hospital

Like I said before, sharing and adopting cultures is part of being human. If your culture has good elements to it, naturally other people are going to adopt these things. Every single invention, dance, food etc. came from somewhere, and if it’s universally liked by others, obviously it’s going to spread beyond the original group that coined it. Plus, as a member of the original group that is being adopted from, you should be proud that other cultures also enjoy whatever it is and want to adopt certain things that come from your background. This sort of cultural give-and-take is a practice that should be encouraged, not demonized. That’s why I think cultural appropriation is a stupid term, and it should be called cultural appreciation if anything

So if you still think “cultural appropriation” is a bad thing and you have the right to tell other people what they can or can’t wear or do, at least do me this favor: Please briefly appropriate Japanese Samurai Culture and seppuku yourself (Suicide via sword turning in the stomach until you disembowel yourself).

Now that I got that out of the way, I’ve got cervezas to drink , tacos to eat, and culture to appropriate. Consider me a very light-skinned Mexican for the day, because it’s beautiful out and I hope my liver is ready for a workout

So whether you are actually Mexican or are just using today as an excuse to rip tequila shots and eat a dozen tacos, feliz Cinco de Mayo everybody!