Why Do Shower Farts Smell Way Worse Than Regular Ones?

Life is filled with many mysteries, but this is one I’ve never been able to solve. My diet and lifestyle is as unhealthy as can be, so it’s no surprise that I have a ton of gas all the time. I fart so much that if the US government knew how much gas I have, they’d probably try to invade my stomach. Which brings me to my main question: Why do shower farts smell infinitely worse than regular ones? If you don’t believe me, pay close attention the next time you rip ass in the shower. Whenever I fart while I’m giving my body a quick wash, I turn my entire bathroom into an Auschwitz gas chamber.

I’m no chemist, but there must be some type of reaction between the hot water/steam and farts that increases their potency. I wish I noticed this phenomenon back in middle school, because I would’ve done my science fair project on it and solved the mystery then and there. I can see it now: “Why Do Shower Farts Smell Worse Than Regular Ones?” written in huge letters on a tri-fold board. I’d do the whole scientific method and shit, but the only issue would be how would I rank the fart’s potency? Maybe I could have some brave souls volunteer to smell my farts in the name of science. Id create some sort of fart numbering system, and we’d all go in a closet and I’d rip a bunch of ass they get a taste of what my usual brand smells like. Then, they could sit in the bathroom with me while I take a 10 minute fart shower and have them tell me if the smell is worse or not. At the end of the day, isn’t learning the scientific method while making other people smell your farts in a tight, enclosed space what the science fair is all about?

Since I’m way past the point of too much information anyway, one of my farts actually made me puke while I was taking a shower on Sunday. As if my Sunday morning hangover couldn’t get any worse, I literally blew chunks from smelling the toxic gasses I released from my own asshole. Talk about self inflicted torture. I basically put my head through a noose everytime I drunkenly eat Taco Bell and take a shower because I can’t breathe in there whatsoever. It’s gotten to the point where I avoid taking a shower when I have really bad gas because I’m scared I’ll fart too much and end up suffocating to death like a toddler playing with a plastic bag. 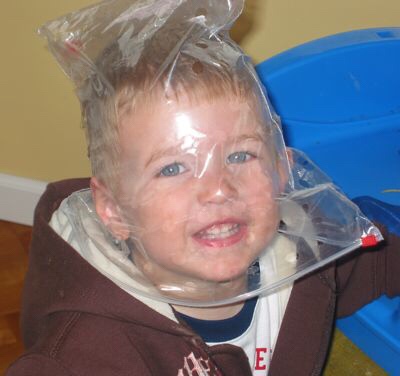 Shower farts are right up there with carbon monoxide as a silent killer, but the #FakeNews media won’t tell you that. That’s why it’s up to people like me to ask the important questions and warn everyone of the hidden dangers of farting in the shower. Sure it feels good to fart while ass naked, and the bathroom acoustics usually provide an even funnier sound than normal, but it’s like playing Russian roulette with a fully loaded gun. One second you’re applying soap and laughing about the funny noises coming out of your butt, and the next thing you know you’re choking from something that the Heimlich Manuever can’t fix. I have a really bad feeling that my obituary will one day read, “Drunk White Kid passed away unexpectedly from inhaling his own farts during a shower”, which is a truly rough, yet also hilarious and unique, way to leave this earth.