So last week, I did my first ever ranked list on here of my favorite video game soundtracks (Which can be seen here https://boozeblogs.com/2018/03/27/ranking-time-videogame-soundtracks). I enjoyed taking a trip down memory lane while making that list, so I decided to do another music-themed list. This time I’m gonna be looking at rap mixtapes, but don’t worry, I’ll skip over all the shitty “Yo dawg check out my Soundcloud” kinda mixtapes. Now this one is gonna be tough because of the sheer number of mixtapes out there, and I already know I’m gonna forget a few. If you have any that you think should have been on this list, leave them in the comment section. Another reminder that this is just a list of my favorite mixtapes, not a definitive list of the “best” mixtapes ever, so spare me your comments bitching about the order or the omission of a certain mixtape. I’m also gonna keep the commentary short and sweet because I want this to be a lot more of a list than an in-depth investigation. I also tried to feature only one mixtape from each artist, with the exception of Lil Wayne because he’s the king of mixtapes. That being said, here we go

Starting off my list is NOLA rapper Curren$y Da Hot Spitta with his 2010 tape Smokee Robinson. Every beat used on this tape is great, and like his nickname suggests, Curren$y spits fire throughout the whole thing. It features a number of guest appearances, most notably Wiz Khalifa. I also find it hilarious that he dedicated it to the Saints Super Bowl XLIV win, but I guess you have to celebrate things while you can. Between Hurricane Katrina and it’s high murder rate, I’m sure living in New Orleans year round isn’t too much fun without good flood insurance, a bulletproof vest, and eyes on the back of your head.

Taking the number 9 spot is Fabolous’s Soul Tape 3, from his legendary Soul Tape trilogy. As usual, Fabulous brings the heat from start to finish like he does on all his mixtapes. This tape features guest appearances from a lot of different rappers, most notably Yung Jeezy and Meek Mill. Unrelated, but fuck Fabolous because he inadvertently makes me spell fabulous wrong all the time. I would always hear his songs on the radio growing up, and in typical Fabolous style, he spells out his name a lot. Hearing “F-A-B-O-L-O-U-S” spelled out incorrectly all the time at such a vulnerable age kinda scarred me, and it makes me have to think twice when spelling fabulous every single time. Atleast Gwen Stefani taught me how to correctly spell bananas in “Holla Back Girl”, so I guess you gotta take the good with the bad when it comes to learning how to spell through music.

Taking the number 8 spot is Dreamchasers from Philly’s own Meek Mill. This tape features guest appearances from a lot of different rappers, most notably Beanie Siegal and Rick Ross a bunch of times.  I’ve never really been a big Meek Mill guy because he’s kind’ve a clown, but his early stuff like this is pretty good. Maybe if this idiot could stay out of jail for more than 5 minutes he’d have a shot at getting his career back, but I guess that isn’t possible. This guy has violated probation more times than I can count, and I’m sure even his PO is sick of busting him. Just stop smoking weed and shooting people for a couple months dude, you have millions of dollars to keep yourself entertained. But hey, if he likes jail so much that’s his business, I’m just tryna help him out. 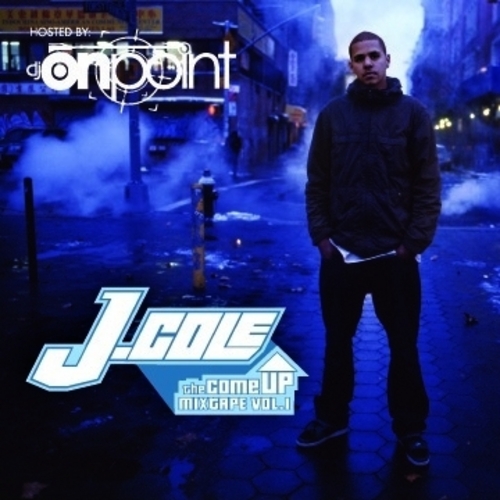 Taking the number 7 spot is J. Cole’s first official mixtape The Come Up. The tape features beats from a lot of famous producers like Kanye West, Ghostface Killa, and Jay Z, but doesn’t feature many big rappers spitting anything. This was way back when he used to rap under the name The Therapist, which I personally think is cooler than J. Cole. It’s almost like he came up with a really cool name, and then decided, “You know what? I’m just gonna go back to using my first initial and last name”. Such a strange move on his part, but I guess I gotta respect it because his mixtapes are so good. I was stuck between putting this and The Warm Up, but ultimately decided that I like this a lot better.

BY- CHANCE THE RAPPER

Number 6 is Chance The Rapper’s debut mixtape 10 Day. Being his debut, this was most people’s first introduction to Chance The Rapper, and I still think this is his best work to date. The story behind this mixtape is kinda cool, and he apparently recorded a lot of these songs while serving a 10 day suspension for getting caught with weed his senior year of high school, hence the name 10 Day. The tape features a lot of great beats along with Chance’s unique rap style, and is great to smoke some weed to.

Taking the number 5 spot on my list is Lil Wayne’s Sorry 4 The Wait. The name comes from the fact that Lil Wayne is famous for taking a long time to release his albums, so he released this tape as a sort of apology for making us wait so long for Tha Carter IV. Lil Wayne is the mixtape king, and I might honestly have to do a ranking of just his mixtapes someday. I already know people are gonna bitch about not having Drought 3 on this list, but like I said, the guy makes so many mixtapes it’s tough to put them all.

Number 4 on my list is Elmatic, a daring remake of Nas’s classic Illmatic album, by Detroit rapper Elzhi. Now they say you should never even attempt to remake a classic, but Elzhi did a great job. In fact, Nas has praised this mixtape as a great cover of his original. It’s safe to say that 2011 was a great year for mixtapes because of this, Dreamchasers and Sorry 4 The Wait. If only I, Drunk White Kid, dropped a mixtape in 2011, I too could have added to that year of great mixtapes. Until I find a time machine to do just that, I have no choice but to put my rap career on permanent hiatus.

With the only repeat on my list, Lil Wayne came back to claim the number 3 spot with his 2009 mixtape No Ceilings. I remember being in highschool and finding out that this mixtape leaked early. It was supposed to drop on Halloween, but this black kid in one of my classes downloaded the leaked version during school and we all huddled around his phone and listened to it at lunch. Lil Wayne already had a name for himself by 2009, but No Ceilings made everybody lose their shit when it came out. There are so many bangers on this one, and choosing my favorite song was tougher than choosing what Lil Wayne tapes to put on this list. Weezy F baby and the F is (apparently) for “Fucking loves making mixtapes”, so maybe I will make a separate Lil Wayne list soon.

The runner up on my mixtape list is Mac Miller’s K.I.D.S. (Kickin Incredibly Dope Shit). The mixtape is a reference to one of my favorite movies, also called Kids, and features a number of quotes from the movie. Mac Miller was every teenage white kids hero when he first came out. He was young, smoked mad weed, and was seemingly taking over the rap game as a white kid from Pittsburgh who just graduated high school. It was like watching a short white guy dominate in the NBA. Unfortunately, he fell flat and got addicted to lean like all the other idiots. Oh well, he still left us with this classic, and atleast us white guys still have Eminem to brag about (As long as he doesn’t go on a stupid political rant).

Taking the number 1 spot on my list of mixtapes is Wiz Khalifa’s Kush and Orange Juice. Anybody from my generation can agree how big of a deal this mixtape was when it came out, and it rightfully deserves the top spot. This tape gives me so much nostalgia and it never fails to make me think of simpler times, like smoking blunts and playing basketball on summer days with my buddies when I was 15. Where the fuck did the time go? Also, kush and orange juice is a great combination by the way. Nothing starts a morning off better than a joint, a tall glass of OJ, and maybe a bacon egg and cheese or something. Fuck now I need all 3 of these ASAP, be right back.