I Would Die For Sister Jean

As I predicted in my blog from a few weeks ago, my bracket is already in the trash and my seasonal March Madness depression is in full gear. But despite all of this, my spirits have been a little higher than usual during the tournament this year for one reason and one reason only: Sister Jean 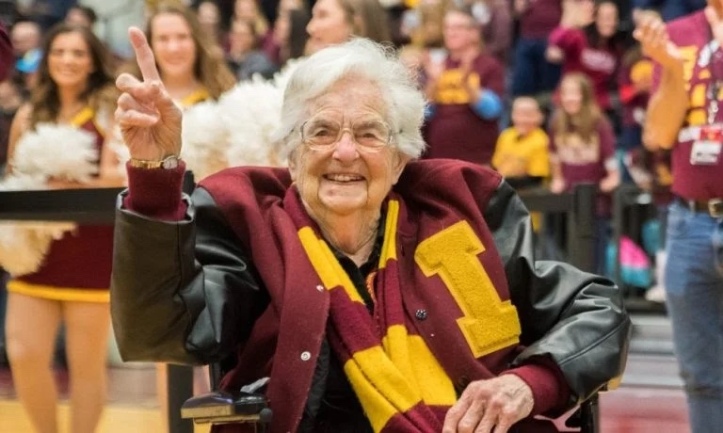 If you don’t know who that is, Sister Jean is the unofficial mascot of Loyola Chicago and she might be my favorite person that has ever existed. Watching Loyola Chicago’s March Madness run has been awesome, but watching Sister Jean’s meteoric rise has been much more of a thrill ride. I can’t get enough of her, and I know I’m not alone in saying that. That’s why, with absolutely no hyperbole, I wanna let it be known that I would gladly sacrifice myself for Sister Jean if she gave me the order

Now I’ll admit, I haven’t always been the Sister Jean super fan that I am today. When I first heard rumblings about some nun that goes to all of Loyola’s games at the beginning of the tournament, I didn’t pay much attention to it because I figured it was just some lame media filler story. Plus, at that point my bracket wasn’t the equivalent of a diarrhea-filled toilet yet and I didn’t owe my bookie thousands of dollars yet, so everything was looking up for me

But then, as is tradition, my bracket became a dumpster fire and I started losing every bet I took. In an a desperate attempt to get my mind off of this, I gravitated toward a Cinderella story in the making: The Loyola Chicago Ramblers.

Supporting the team was easy, but loving their unofficial 98 year old mascot was even easier. Sister Jean blew up overnight, and she instantly became the grandma everybody wished they had. She’s attracted more media attention than the OJ Verdict, and she’s just as innocent as he was (Wink Wink). When a reporter asked her how she was dealing with her newfound national fame, Sister Jean was quick to put that bitch in her place.

How dare Lauren Comitor refer to international sensation Sister Jean as only a national sensation, as if there aren’t people in China, France and probably even aliens in outer space who are also in love with this woman. I don’t know the rules, but I think Lauren should lose her job over this. The media should not be allowed to slander the name of somebody as great as Sister Jean by downplaying her as only a national celebrity. Shame on you, Lauren. Shame on you big time. And just to really drive the point home, here’s one of Sister Jean’s friends to let you know you should be ashamed of yourself. 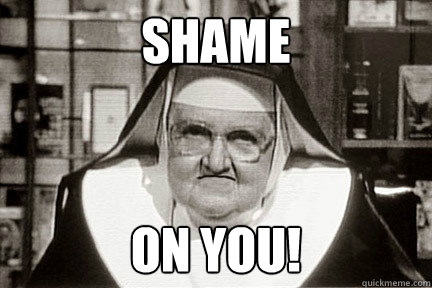 Now a lot of people think she’s just a cute old lady who sits in the stands and looks like she bakes delicious cookies, but there’s much more to her than that. For 98 years old, she is surprisingly articulate in her interviews and has decent basketball knowledge.  Some players have said she gives them advice before the games, and that they consider her an assistant coach. So basically Sister Jean is running the entire operation over there at Loyola Chicago, but she’s so modest that she doesn’t want all the credit. God bless you Sister Jean. God bless you

Now to the best of my knowledge, I’m pretty sure that catholics don’t sacrifice people (anymore), but if Sister Jean asked me to sacrifice myself, I would grab a knife and slit my own throat before she even finished the sentence. That’s how much I love this woman

The fact that I don’t already own a Sister Jean Loyola jersey is embarrassing to admit, but I do plan on changing that soon. In fact, I might buy 7 of them so I have one for every day of the week. That way, I never have to wear another outfit again

I also just found out about these Sister Jean bobbleheads, and the fact that my house isn’t filled with 500 of them is a sin in itself.

The fact that Vegas doesn’t allow you to bet on Sister Jean is a travesty, yet it also makes perfect sense from their point of view because this lady can’t lose. If I could remake my bracket right now, I would write in Sister Jean as the winner of every game and I’d have the first ever perfect March Madness bracket

No matter what happens with Loyola Chicago for the rest of the tournament, Sister Jean stole the show and everything else was just background noise. If a genie granted me 3 wishes, I would wish for a hug from Sister Jean, for Sister Jean to live forever, and the ability to make beer appear whenever I want. I wish I could have used all 3 wishes on Sister Jean, but old habits die hard

God bless you Sister Jean Dolores Schmidt, and I hope you get to see your Loyola Chicago Ramblers win it all this year. Worst case scenario, they could always just sub you in and let you do what you do best 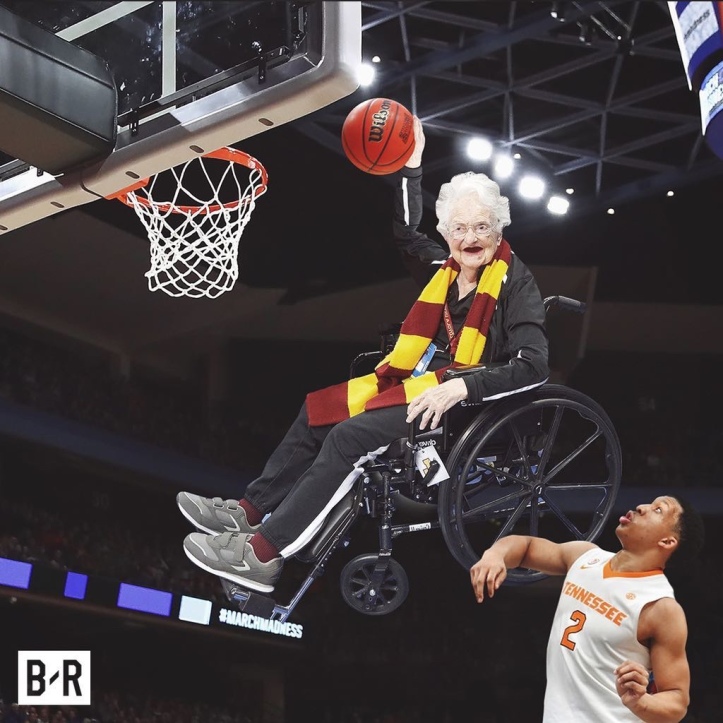