You guys aren’t gonna believe this, but earlier today I went to an ATM machine. Very exciting stuff. It actually is a big deal for me because for the first time in awhile I had some cash in my checking account, so I figured the smartest thing to do would be to take the money out and let it ride on some scratchies. I put my card in the machine, punched in 6969 (nice), and out came my money. I took the 4 20’s out of the machine and stared at it for a little bit, mainly because I had smoked a bowl in the parking lot before entering the store. While staring at Andrew Jackson’s face, I came to a stunning realization about money: I have no idea how anything about it works. Like not a fucking clue. How did this machine give me money from my checking account? What even is a checking account? How do banks work? Is a hotdog a sandwich? These were just a sample of the many questions that rushed through my head as I stood there stoned in front of the ATM machine, too perplexed to move a muscle. I was finally able to break out of the monetary spell I was under and stumble away from the machine. I then sat down on a bench and went back to thinking deeply about how I understand nothing about money. Here’s a pretty accurate representation of what I looked like (except with much redder eyes)

I guess I’ll start with the basics of my dumb thoughts: What the fuck is money? It’s a bunch of green pieces of paper that have different faces and numbers on them, I get that. We rank how much they’re worth based on the numbers on them, still following that logic. If I want to buy a drink that costs a dollar, I hand the guy a dollar and I get the drink. Okay, that still makes sense to me. But the entire world doesn’t all use the same currency, so now we have to equate how much our currency is worth compared to everyone elses. Now I’m no suit-wearing coke head on Wall Street, but I’m pretty sure that currency is constantly changing in value. For example: The US dollar is worth a certain amount compared to the Euro, but the next day it could be worth more or less than it was yesterday.  So those pieces of paper we carry around are just constantly changing in value and we all have no control over it. Every economy on Earth is reliant on eachother, yet none of them have any actual value if you think about it. What the fuck? I know I’m a little bit crossfaded but I feel like this should be talked about more. That’s where banking comes in (I think).

What are banks? Banks are buildings with money in them, that much I know. But how do they actually work? When I was younger I always thought if you put 100 bucks in the bank, they just held onto that exact same 100 bucks until you came back to get it. WRONG! RETARD ALERT! Turns out banks are more of an idea than a place, and it’s a collection of peoples money like the middle of a Monopoly board. (Just realized the lottery is kinda like landing on free parking in Monopoly). Banks are just throwing everybody’s money together in a giant pile like dirty clothes on my bedroom floor, and they’re winging it as it goes along. There are millions upon millions of bank accounts in the system, and we’re all constantly putting money in and taking money out. I understand they probably have a database and shit with everybody’s account info and how much money they have, but could you imagine if a computer virus just wiped all of that out? I’m honestly surprised terrorism hasn’t moved into this direction, because you could theoretically bankrupt a person, company, shit even a small country overnight with a good enough cyber attack. All it would take is one that’s bad enough to crash the whole system and everything would go to shit. Suddenly drug dealers with cash in their mattress and your weird uncle who invested in gold bricks don’t seem so crazy after all. Also, how do banks even make money? I don’t mean like actually print dollar bills, I’m talking about profit. If all they’re doing is collecting people’s money and then giving it back to them when they want it, how the hell do they make so much money? I know they sure as shit aren’t volunteering and doing it for shits and giggles, so that’s why I’m officially throwing the challenge flag. Banks are definitely stealing money from accounts and we’re all just too stupid to notice. This must explain why I never have any money in my bank account. It definitely isn’t my shitty job, gambling problem, or my daily reliance on drugs and alcohol. Nope, it’s none of those. It’s actually just a giant conspiracy against me and I’m a victim who is not at fault whatsoever. Fucking banks, always keeping the little guy like me down and running off with my hard-earned cash. Sad! 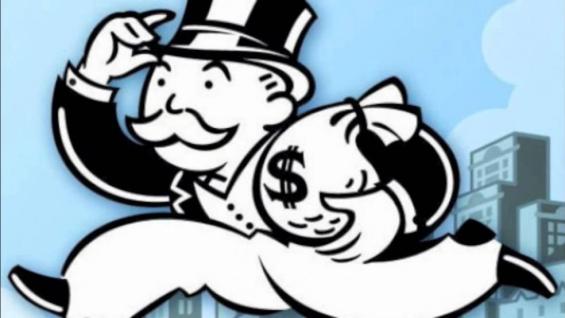 Let’s go full circle and get back to what started all this. No not weed, I mean ATM machines. Those are crazy to think about too. You put a card in them, punch some numbers in, and money pops out. If you told people a hundred years ago that we’d have machines that hand you money, they’d laugh in your face. 100 years ago people were dying of tuberculosis and thought that heroin cured headaches, so the concept of a machine pooping money out of it’s mouth would make their heads explode. ATM machines would have solved a lot of problems from 100 years ago, especially The Great Depression. Everybody was poor as shit and eating air for breakfast, lunch and dinner, and we literally could’ve solved the entire thing if we just put ATM machines everywhere. Need money? Go to the ATM and take some out. Problem solved. Great Depression? More like great possessions, because everybody would be rich and could buy whatever the fuck they wanted. Fuck Roosevelt and his New Deal, my idea is way better and would have had zero consequences. “But Chuck Taylor, Kid, you can’t do that. There wasn’t any money for people to take out of ATM machines”. Okay, so they should have just printed out more money then. Boom. Another problem solved. It’s really unfortunate that the world didn’t have me around back then because I could have sorted that whole mess out. I think the government should constantly be printing money and just giving it out to people for no reason. Fuck it, every American should be a millionaire. Anybody who thinks thats a bad idea is just a stick in the mud and clearly doesn’t understand economics. Inflation is just another one of those myths, and it’s about as real as unicorns or cigarettes causing cancer 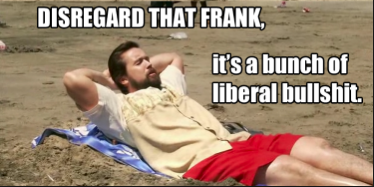 So there ya have it folks: I don’t know shit about money and it took a fat bowl and a trip to an ATM machine to make me realize it. I really shouldn’t be too surprised by this, mainly because I’m an idiot and there are plenty of other things that I don’t understand whatsoever. Did I make some good points in this blog? No, not really. I’m actually pretty sure that just about everything I typed isn’t true and I’m even dumber than I thought I was. Oh well, can’t win em all. Speaking of which, “Can’t win em all” has officially become my philosophy on scratch tickets. In reality I never win, but by saying that phrase I somehow justify continuing to buy them. Can’t win if you don’t play, and I’ll have the last laugh when I finally break even someday.