Stephen Hawking “Died” Today At The Age Of 76, But He’s Really Been Dead For Years

If you’ve taken a look at the news recently, chances are you’ve seen that the famous scientist Stephen Hawking (allegedly) died today at the age of 76. Some of you are probably wondering why I slipped allegedly into that last sentence, but we’ll get to that later in the blog

Despite doing many amazing things, such as his work with relativity and quantum mechanics, Hawking will most likely just be remembered by most as that guy in the wheelchair who talked with a robot voice. I mean, let’s be honest: That’s what we all think when we think of Stephen Hawking

Something I always liked about him was that despite having a debilitating disease, he still managed to have a pretty good sense of humor. In an interview with Larry King one time, he was asked, “What do you think the most puzzling thing in the universe is?”. After a brief pause, Hawking answered, “Women”. What a fucking answer. The guy who mapped out theories on cosmos and other mind-boggling shit still thinks that women are the most confusing thing in the universe, and I think men everywhere can agree with him on that

As most of you know, Hawking had a rare form of ALS, AKA Lou Gehrig’s Disease. It left him completely immobile and unable to speak, so he communicated through this device that made him sound like a desktop computer from 1995. A lesser known fact about Hawking was that, despite all of these ailments, he was actually a pretty good break dancer (proof below)

Even though everybody and their mother participated in the Ice Bucket Challenge on Facebook, I guess it still wasn’t enough to find a cure for ALS and save his life in time. I know, I’m just as shocked as you are. I thought videos of all of us dumping buckets of ice on our heads would surely cure the disease, but looks like we’ll have to go back to the drawing board and try something else

Anyway, let’s get to point here. You’re probably all wondering what the title of this blog means. Full disclosure, I recommend that you guys get ready for what you’re about to hear, because this theory would even make Alex Jones call me crazy. Long story short, I think Stephen Hawking actually died years ago, and any recent appearances he’s made were just his dead body sitting in the wheelchair with the computer program “talking” for him

I know it’s a lot to take in, and most of you probably think I need to put the crack pipe down and get some fresh air, but hear me out. I think that when he died from ALS many years ago, his friends couldn’t handle losing such an important and well-known person in the scientific community. So, instead of accepting his death and saying goodbye, they developed a way to perfectly preserve his body and give off the appearance that he was still alive. I mean if the Ancient Egyptians, primitive people who worshipped human-body, animal-head hybrids and thought that Gods carried the sun and moon across the sky every day, were able to preserve bodies through mummification thousands of years ago, I’m sure a group of modern science nerds could figure out an even better way to do it now

Since he already talked in that computer voice, it was easy to fool everybody into thinking he was still alive by simply controlling his wheelchair and speech software for him. Whenever he went on talk shows or gave speeches, that was actually just his corpse in front of a microphone while his friends typed everything that he was “saying”. Anybody who dared to bring attention to this little scheme found out the hard way, just like I did. Here’s footage of me calling Stephen Hawking a phony to his face, only for him to immediately punch me like Mike Tyson in his prime.

So there you have it: Stephen Hawking has really been dead for a while, and his friends have just been pulling a Weekend At Bernie’s style prank on everybody for years. I mean think about it: If you threw Bernie from that movie into a motorized wheelchair and gave him a robotic voice, he’s basically Stephen Hawking

I don’t know why his friends decided that now was the right time to officially have Stephen Hawking “die”, but a major reason why I thought of this ridiculous theory is because my friends and I are doing a death pool right now. Surprisingly, nobody drafted Stephen Hawking. Between 5 of us we picked 40 names, and somehow none of us picked The Hawkman. It would have been another easy payday for me, having already collected $100 when Billy Graham died a few weeks ago. Are my friends and I all going to Hell for betting on when people will die? Yes. Is doing a death pool kind of fun? Also yes.

And to answer the question I’m sure all of you have: Yes, I was very fucking high when I originally thought of this, but that doesn’t make this little theory any less possible. Sorry that I like to read between the lines and not accept everything as true just because. People who don’t think it’s possible that Stephen Hawking died years ago and his recent appearances were just a mummified computer in a wheelchair are just a bunch of small-minded sheep, and they clearly don’t smoke weed and produce stupid thoughts at the same rate that I do

PS: Cant believe nobody has made this connection before, but has anybody ever noticed that Stephen Hawking kind of looked like Bill Gates if he got into a really bad car accident? 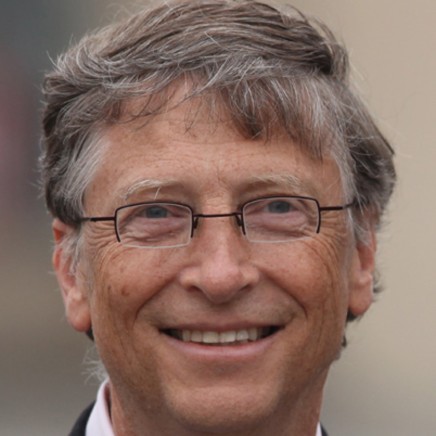 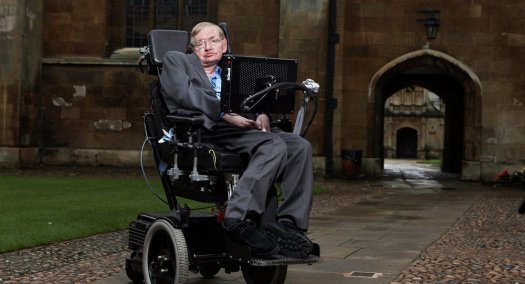 Don’t text and drive folks (Looking at you and that huge fucking screen in front of your face, Stephen)