Coinstar Machines Are Full of Shit

If you’ve ever been to a grocery store before, chances are you’ve seen one of these things.

Let me tell you a little something about these machines that I’ve been suspicious of for years: They’re stealing from the American public. I don’t trust CoinStar machines as far as I can throw em, which realistically wouldn’t be too far because they are large machines and I haven’t been to a gym since it was a class in high school. I’ve been a full-blown, tinfoil hat conspiracy theorist about this for a while, but after my most recent run in with these coin-counting tricksters, I’ve decided enough is enough.

To give you some background before I get to my theory, here’s what happened recently that really set me off. Like most Saturday nights, I was craving some booze. But after taking a quick glance at my checking account, I realized I only had about 7 bucks to my name until my check cashes on Monday. Pretty embarrassing and pathetic to be an “adult” in this position, trust me, I’m aware, but let’s not beat a dead horse here. Knowing that time wasn’t on my side, I hit the drawing board to figure out how I was going to quickly raise enough money to get wasted tonight. After briefly considering but ultimately ruling out selling a kidney and breakdancing outside of Park Street for tips, I remembered this giant jar of change I had in my bedroom. Say what you want about it, but I always keep my spare change and throw it in a jar when I get home. It’s something my parents instilled in me when I was younger, and as you’ve probably figured out from the preceding sentences, I find myself tight on cash a lot so it can be a real life saver. Plus, I love when I finally cash in my spare change because it feels like I’m getting free money. With my money problem temporarily solved, I grabbed the jar and headed to my local Stop and Shop to acquire some booze money and get this show on the road.

Now keep in mind this jar is not small by any means. It’s actually on old coffee can that was filled about 3/4 of the way with coins. There were enough coins in this thing that if a homeless guy saw it, he would have came in his pants from how much spare change I was holding. Wasting no time, I made my way over to the CoinStar machine and began dumping my change into it like a broke guy attempting to make it rain at a strip club. It took about 5 minutes to empty all of my coins into the machine, and when all was said and done, the slip came out and informed me that the entire can was worth $27.73 (allegedly).

TWENTY SEVEN DOLLARS AND SEVENTY THREE CENTS. I couldn’t believe it. I don’t know if it was the shock from the surprisingly low amount or my alcohol withdrawal symptoms kicking in, but I almost fainted. My body filled with rage. I was seeing red. Smoke was coming out of my ears like a pissed off cartoon character. I decided right then and there that something had to be done. Somebody had to stand up for the little guy. In that moment, I deputized myself as the super hero we all needed, and I consider this blog to be my first of many moves to achieve justice.

Now before I even get into my theory, I’m sure there are some doubters out there. I bet that some of you are either thinking that A. I’m treating the coffee can container like my penis and exaggerating its size for the sake of the story, or B. That there were lot of pennies and nickels in the can. With my hand on a Bible, I swear to you that the coffee can container was large in size (just like my penis) and was not filled with mostly low valued coins. I was paying close attention to those coins as they came out, and there was plenty of coin diversity going on in that can.

The real explanation of what happened here is simple: Coinstar is blatantly ripping all of us off. “How are they doing this?” some of you may be asking yourselves. I’ll tell you how.  You know in Office Space (criminally underrated movie) when they come up with the scheme to steal a tiny, unnoticeable amount a bunch of times to eventually make a shitload of money? That’s exactly what I think, better yet know, Coinstar is doing. They know they have the monopoly when it comes to getting cash for coins, and since they already have us by the balls, they twist them ever so slightly so that we barely even notice we’re getting completely fucked.

They claim to take 9 cents for every dollar, which is already steep, but here’s my issue with that. Who’s to stop them from taking 10 cents for every dollar? 11? 12? My wallet? Where does it end? Even more troubling than them potentially taking a bigger cut is if they just didn’t count certain coins at all. What if the machine just didn’t count every 5th coin or something like that? You wouldn’t even know because that’s why you’re at CoinStar in the first place: To find out how much money in coins you have! They don’t have to prove anything to anybody. There’s zero accountability going on here. We all just dump a shitload of coins into the machine, a slip pops out that says, “All of those coins were worth this much”, and we just take their word for it and accept the results like a bunch of chumps.

I guess the only real alternative to CoinStar is to go to the bank with your change. I don’t know if you’re aware of this, but the bank gives you those coin rolls and makes you count the coins yourself, and let’s get real, I’d rather blow my brains out. That’s actually the sole reason people go to Coinstar in the first place: Because counting large amounts of change is tedious work that absolutely sucks. When you weigh the options of going to the bank and doing it yourself against running the risk of getting conned out of some money by a stupid green machine, the latter usually wins.

So there you have it: Coinstar is nothing more than a bunch of robotic conmen that prey on degenerates like me who desperately dump massive amounts of spare change into their machines in the search of quick cash. They’ve been getting away with it for years and I’m tired of it. I’m glad I could red pill all of you to Coinstar’s little scheme, and now that you know the truth, I hope it bothers you as much as it bothers me. I must admit that it was well-thought out and executed, but the jig is up guys. I think its about time that Coinstar either comes clean about this, or they change their name to Constar so people know what they’re getting themselves into. You might be able to fool everybody else, but you’ll never be able to fool Chuck Taylor. 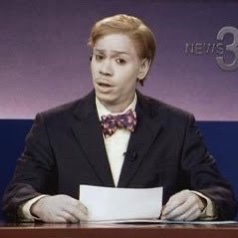